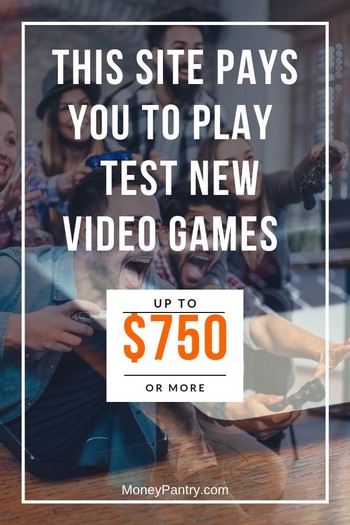 Are you someone who enjoys playing video games in their spare time?

Well, now you the opportunity to make some money off of it using VGM. This site pays you to play new video games and before you ask, no, it is not too good to be true. Keep reading to find out more.

Forbes recently did a report on a study that was done using gamers from all over the world. According to the study, on average, gamers are playing for 7 hours and 7 minutes each week. The study also indicated that the amount of time has increased since previous years.

Now, there’s nothing wrong with having a fun activity like gaming to destress after work, but what if you could have an at home video game tester job and get paid for some of those hours?

The company we review below might just be able to help you with that.

VGM is one of the biggest market researchers for the video game industry. They have contracts with the top 50 gaming companies in the world. They conduct studies in various ways including playtests and focus groups.

They run more custom video game research studies per year than any other vendor. This means that when you playtest for them, you aren’t just playing games from people who don’t know what they are doing. These are professional developers coming to people like you for your expertise.

By the way, Microsoft also has a similar program known as the Microsoft Playtest. You can read about it here.

Signing up can be done in these easy steps.

Step 1: fill out this form first. It is basically just questions about your location and ways to contact you.

Step 2: When an event is near you, you’ll receive an email notification or a phone call. Follow the instructions on the email.

Step 3: Go to the event and play games! You’ll also make some cash when you are done too.

How much can I make?

The amount of money you can make varies for each event.

Obviously, you won’t be able to make a living doing this, but it’s a great and simple way to make free money on the side.

Here are some of the pays they’re offered for different playtest events they’ve had in the past:

However, it is important to know that once you go to a playtest it will be a few months before they invite you. They like to give everyone an opportunity and, depending on where you live, it might be a long time before they have the chance to invite you back.

These are commonly asked questions people have about the company and their events.

How does a gaming playtest work?

The company rents out a room and brings in game consoles or computers, depending on the video game that’s being playtested. Then you, the tester, would sit down and play the game for an hour or more. After that, you’ll have to answer some questions about the game and give your opinion on things.

When will they come to my city?

This is a hard question to answer because the company generally travels around the country to do their playtests. When you sign up, you will submit your zip code. After that, whenever the company is doing an event near you, you’ll be emailed so you can get on their list.

We did take the time to check their previous events. If you live in San Francisco or anywhere else in the state of California, you’ll probably have a lot more luck getting into an event. The majority of their playtests seem to occur in this state.

Are there age limits?

No. Anyone can playtest games and, in fact, kids are a great audience because there are a lot of kids games being published in this day and age. To get them in a test, you’ll have to sign up for your kids, of course. After that, they can playtest fun family-friendly games from brands like My Little Pony.

Before signing up for something like this, it’s important to find out what others have to say.

Here are some of the reviews we found on their company’s social media.

“Very professional, just got my first gig doing a playtest which is a dream come true for me. The surveys are simple and they are very consistent in calling you if you get selected. You just have to be persistent whenever they have playtests and eventually you’ll get called if you’re what they’re looking for. I’ve always wanted to work in the gaming industry and that’s the closest I’ve ever been,” said a Facebook user.

“Awesome group of people that I had the pleasure of gaming with. The organizers are great too,” said another user.

“I love this place, I’ve done multiple tests for them, it’s quite the experience for any gamer,” said one Facebook user.

So is it Worth It?

That really depends on what you expect out of it.

Obviously, you aren’t going to be able to make a career off this site. This isn’t the same as getting a job as a playtester, which is generally full-time employment from a game developing company.

However, if you’re just doing it to make some money off playing new games no one else has, then you’re obviously going to find it a lot more worth doing.

The best part about this site is that you are getting to do something fun that not a lot of other people get to experience. I think most people will agree that making $100 playing the next major Sony game is going to be worth it.

Have you worked with this company before? Are there any sites you like to do playtesting for? Let us and our readers know about your experiences in the comments below. 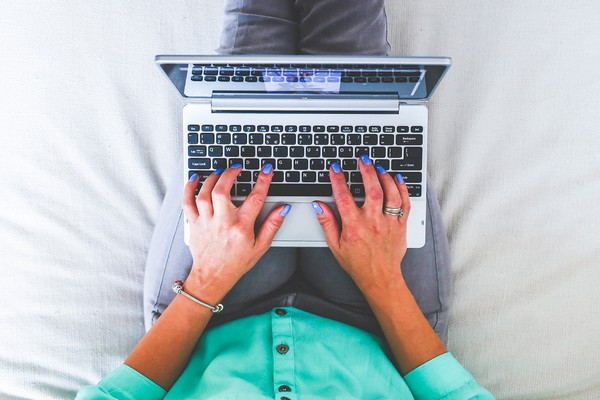 What would you do to earn money online and from home without any investment? Freelance write? Start a blog? Take surveys? The good news is ... - Continue -

If you enjoy playing the lottery, then you may have come across Jackpocket. It’s a lottery app that you can use to play official state lottery games ... - Continue - 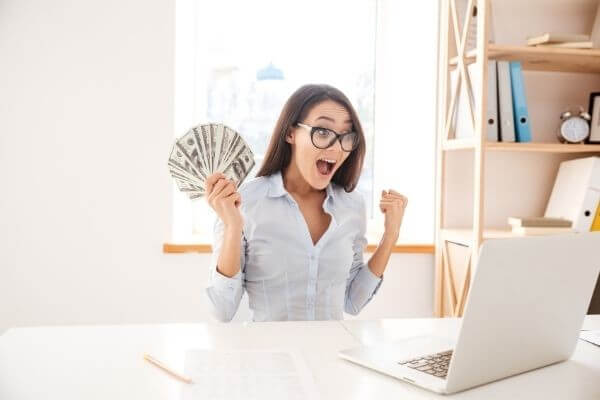 When it comes to legit ways to make money online, affiliate marketing is (and has been for a long time) one of the best ways. It works for ... - Continue -