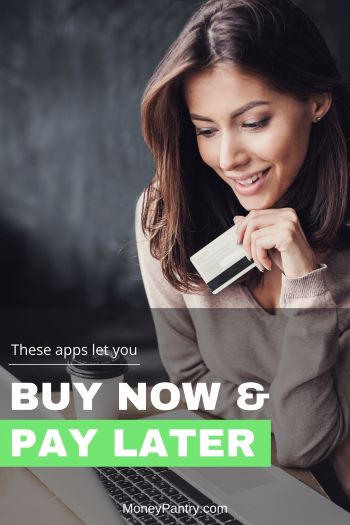 Buy Now, Pay Later apps like QuadPay (now Zip) allow consumers to buy products and pay for them in installments. So, it means that you’re not having to part with a larger amount of money all at once.

Some retailers allow their customers to pay for items in installments. For example, many sites like Amazon provides pay later options for some of its products.

Last year, I needed a new laptop, and I found an HP one on Amazon that I liked. I had the money to buy it outright, so I wasn’t even thinking about paying in installments.

I didn’t even know that was an option on Amazon until I went to pay for the laptop and saw there was an option to pay in 5 installments. Since there was no interest charged and no credit check either, I thought why not? The money I would have spent on the laptop stayed in my bank a little while longer, and I got to pay the cost of the laptop off over 5 months.

These can work out really well and give you more freedom when shopping online, and in-store, in some cases. It’s an option that many consumers are now opting for.

According to a report, the share of eCommerce that was done in North America through buy now, pay later (BNPL) was 1.6% in 2020.

And, globally, BNPL accounted for about 2.1% of all eCommerce transactions in 2020.

Suffice to say, it’s becoming a popular way for consumers to pay for things online. Now, if you are considering buying something and want the option to split the cost of the purchase, then you will be wondering what your options are. Well, that’s what today’s post is all about.

Below, I’ll cover 7 buy now, pay later apps that you can use on your next purchase.

BNPL is a type of short-term financing that allows consumers to make purchases and pay for them at a future date. Sometimes BNPL is referred to as a “point of sale installment loan.”

Typically, the consumer pays the first installment immediately, often known as a down payment, and then pays the rest of the cost in installments over time.

If you are looking to split the cost of a purchase into installments, try these BNPL apps:

First on the list we have Sezzle. Now, this really is one of the most popular buy now, pay later apps, with thousands of reviews and an almost 5 star rating on both the Google Play store and the App Store.

Sezzle is a digital payment platform that allows you to shop at thousands of stores, receive your order right away, and pay for it over 6 weeks. And, it’s completely interest-free.

The app allows you to:

Klarna is one of the most well-known buy now, pay later apps. When I’m shopping online, I see Klarna all the time, often in clothing stores.

The app is really popular with hundreds of thousands of reviews on both the App Store and the Google Play store. It has a rating of almost 5-stars on both app stores too, so it’s well-reviewed by consumers. It’s always good to see great reviews, right?

With the app, you can split payments into interest-free installments.

Get exclusive deals and discounts from all over the world right in the Klarna app.

And, for signing up into the Klarna app and completing 1 payment, you can unlock a $5 welcome reward.

The more you shop and pay later, and the more you pay back on time, the more purchasing power you will unlock, which allows you to spend more. Plus, you also gain access to more exclusive deals and offers.

Next on the list we have another one of the most popular apps you can use to split the cost of your purchases, and that’s Affirm.

Affirm is an app that allows you to purchase an item now and pay it off over time.

It has hundreds of thousands of reviews on both app stores where it’s well-rated by consumers who’ve used it.

PayPal is, obviously, a really well-known company that allows you to make and receive payments quickly and conveniently. It also offers a buy now, pay later feature, called PayPal Pay in 4.

You can use this feature within the PayPal app to split your payments into installments.

Pay in 4 is not currently available to residents of:

The PayPal app has millions of reviews and a good rating on the App Store and the Google Play store.

Perpay is another app to consider. It doesn’t have as many reviews as the previous apps do, but it’s still well-rated and a good choice for many.

If you are looking to improve your credit score, then Perpay could be the BNPL app for you.

It’s good for people who have bad credit because it doesn’t check your credit history, and it uses your verified income to set your spending limits.

According to Perpay, its mission is to make everyday purchases more accessible and help you to build credit along the way.

It’s an all-in-one shopping app that allows you to buy from your favorite brands, pay over time and build credit along the way.

Another app that you may want to try is Afterpay. This one is also popular and really well-reviewed with hundreds of thousands of reviews on both app stores. With the app, you can buy now from lots of different retailers and then split the cost of the payment.

Zip, which was previously known as Quadpay, is a really popular shopping app you can use to split up the cost of your purchases.

You can browse its directory of merchants or make purchases directly with the Zip app anywhere that accepts Visa.

There are so many benefits to buy now, pay later apps.

Most of these apps charge no interest or interest rates that are lower than those you’d get with a credit card.

Also, it’s possible to get approved for this type of financing, even if you don’t qualify for other loan options because of your low credit score.

Usually, BNPL plans don’t affect your credit score either. So, there are a lot of benefits to them.

While there are so many positives to BNPL financing, there are some things that you should keep in mind.

So, what are some of the CFPB’s concerns with BNPL?

The CFPB is concerned about customers getting into debt by using this type of financing. It states that because of the ease of getting these loans, consumers can end up spending more than anticipated.

It’s important when using the apps above to keep up with the number of buy, now pay later plans you have running.

In the past, installment plans were mostly used for the occasional large purchase. But, BNPL can be used for everyday, discretionary buying. If you have multiple purchases on multiple payment schedules with different companies, it can be hard to keep track of when payments are scheduled.

Thankfully, most of the apps above allow you to view your payment schedules within the app, and some send reminders when payments are due. Still though, just be aware of how often you are using buy now, pay later financing when you purchase things.

The last thing you would want to do is not have enough money to pay your installments as this could result in late fees from the app and/or charges from your bank.

Debt accumulation is not the only concern that the CFPB has either.

The CFPB is also concerned with data harvesting.

Because BNPL lenders can have access to the valuable payment histories of customers, some have used this collected data to create closed loop shopping apps with partner merchants. They push specific brands and products, particularly geared toward younger audiences.

The CFPB wants to better understand the practices around data collection, behavioral targeting, data monetization, and the risks that these could create for consumers.

The CFPB is also concerned that some BNPL companies may not be adequately evaluating what consumer protection laws apply to their products. So, for example, many BNPL companies don’t provide the kind of dispute resolution protections that are typically available with other types of credit, like credit cards.

These are valid concerns. Like I said, just make sure you stay up to date on when your installment payments are due.

Buy now, pay later apps offer an easy-to-use financing option that even people with a low credit score can use.

As I said earlier, I have used buy now, pay later a couple of times with success. However, I would caution against using it too much. You can end up missing payments or not having the cash. Only use BNPL apps if you know that you can afford to pay for the product at a later date and if you can make your payments on time.

What do you think is the best buy now, pay later app? Let us know in the comments section below!

This is a guest post from our friend Irina Vasilescu at DontPayFull. Are you a JCPenney shopper? Are you saving as much as possible when you ... - Continue - 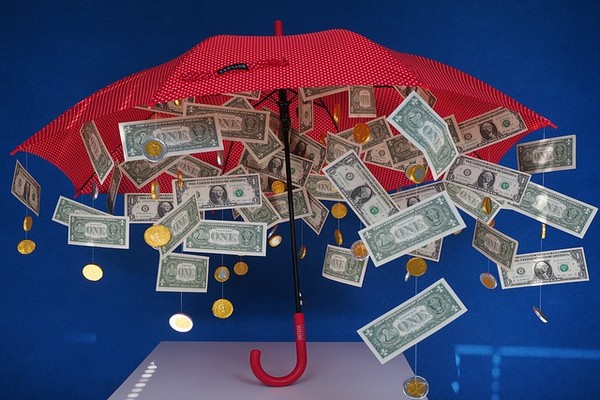 It does not take much skill to save money, but you definitely need to have a bit of a determination. You are trying to save money for a vacation, ... - Continue - 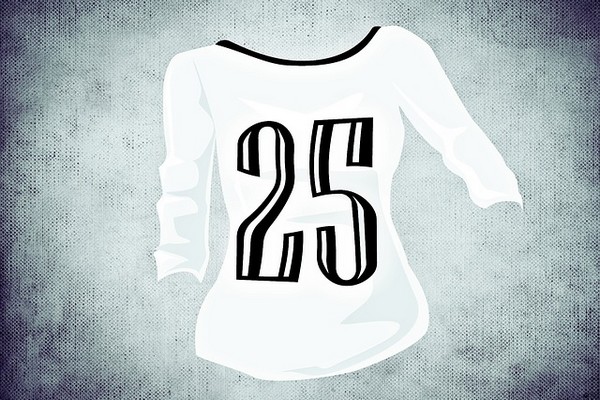 There are tons of sites that will allow you to design T-shirts and other customizable items. It's a great way to make money online. Perhaps the ... - Continue -