In today’s Rakuten Insight review, we’ll be discussing everything there is to know about this paid survey website from how it works to what participants have to say about it.

You probably are familiar with Rakuten (review), the cashback shopping website. Well, Rakuten Insight is from the same company.

One of the best ways to make money online has to be with surveys. Sure, they’re not going to pay you as much as say, freelance writing would, but they are so easy and really anyone can get started with them.

As long as you have an internet connection and don’t mind answering a few questions, you can easily make money taking surveys.

Is Rakuten Insight legit? Or is it another scam that you should stay clear of?

Thankfully, Rakuten Insight is a legit website so you’re not going to get scammed here. Is it worth your time though?

Find out in our review below…

What is Rakuten Insight?

Rakuten Insight is a survey website from the parent company, Rakuten Group, Inc.

Now, Rakuten Group, Inc is a huge company that operates a TON of well-known brands, like Viber, Kobo, and Rakuten which used to be Ebates. You have likely seen us mention Rakuten Rewards here at MoneyPantry because it’s a cashback shopping platform where you can get a bunch of awesome rebates.

Rakuten Insight is basically the company’s survey site which allows you to earn money sharing your opinion through online surveys. The website has been around since 2000 making it fairly well established.

How Does Rakuten Insight Work

Rakuten Insight works like most other survey websites where you sign up, take surveys, and earn rewards.

If you are considering signing up for the site, you’ll want to know a little more about how it works.

Here’s a quick, step-by-step guide to how this survey website works:

The first step is to head on over to the website and register for an account on there.

To join Rakuten Insight, you must be at least 16 years old and be a resident of the United States of America.

When signing up, you’ll need to fill out a few quick questions about yourself.

Now that you’re all signed up, you’ll be able to start participating in the site’s surveys. You can take surveys from your smartphone or desktop PC, which is really handy.

The surveys on offer range in length. So, you’ll find that some take you just a few minutes to complete, and others may take around half an hour.

To take surveys, simply sign in, if you’re not already signed in, and then go to your “Surveys” page. From there, you can click on any available survey. If there aren’t any surveys available, don’t worry because you will receive an email notification when you’ve been invited to participate in one.

You earn points for taking these surveys, which you can later redeem for rewards.

Once you have earned enough points, you’ll be able to redeem them for rewards.

The minimum number of points required varies per item. You must earn the minimum amount before you can exchange them for a reward item of your choice.

You can cash out your earnings for just $5. This means you need to earn 500 points before you withdraw your money.

You can redeem your rewards by going to the “Point Shop” page, and then selecting the number of points you want to exchange, and clicking the “Send Code” button.

Then, simply follow the instructions in the email you get. You’ll get details on the estimated delivery time via email.

How much does Rakuten Insight pay?

Rakuten Insight pays about $0.01 to $0.20 per survey. That’s not the highest amount ever, so do keep in mind that you will have to do a lot of surveys before you can redeem a $5 reward.

As I said earlier, Rakuten Insight is owned by the parent company Rakuten Group, Inc.

This is a huge company. In fact, Rakuten operates in more than 29 countries and regions!

Rakuten is the official sponsor of FC Barcelona, it has had stakes in Lyft, and it’s even called the “Japan’s Amazon” because of its popularity. So, it is a legit website from a well-known company.

Rakuten Insight’s Facebook page has 4.6 stars, so it seems to be well-liked.

Is Rakuten Insight Worth It?

There are so many survey websites out there now, like Swagbucks, Opinion Outpost, Branded Surveys, and Survey Junkie. And, that’s such a great thing. But, it also means that you’re left wondering, well, which ones are actually worth my time, and which ones should I skip?

I totally get that. It can be tough to know if a survey website is legit. As I said, Rakuten is a legit company, so this is not some scam survey site.

Still though, with so many other options out there, does Rakuten Insight have enough to offer to make it a worthwhile option?

In this section, I want to cover some pros and cons of the platform to help you decide whether or not Rakuten Insight is worth it for you!

Okay, so let’s start out with some reasons why you should sign up for Rakuten Insight:

Like I said before, its parent company, Rakuten Group, Inc, is a huge, well-established brand that’s partnered with the NBA, and other well-known organizations. This means that Rakuten Insight is totally legit and you don’t have to worry about being scammed here.

PayPal payments are on offer

Gift cards are great because if you want to purchase something, but don’t have the money, then you can just use the gift card to do so. I know that whenever I get an Amazon gift card for example, I always use it to buy fun stuff (for me anyway!) like clothes or skincare products. But, having actual cash that you can spend anywhere is always so useful.

That’s why it’s ideal that Rakuten Insight offers PayPal payments as a reward option. Sure, you can opt for an Amazon gift card if it suits you but it’s good to know that there’s the option to get cash here as well.

Since surveys range from just a few minutes to 30 minutes or so in length, it means that you can easily fit them into your schedule. You don’t have to worry about completing super comprehensive surveys that are really time-consuming. You can just go on your phone or computer and start taking surveys when it suits you.

Cash out your earnings for as little as $5

Many websites will make you earn $30 before you can even cash out your earnings and that’s really annoying. You shouldn’t have to wait for ages to get the money you’ve earned. So, it’s good to know that Rakuten will allow you to withdraw your earnings with as little as $5 in your account.

Okay, so, let’s take a look at some cons of the website:

Payment is fairly low per survey

Sure, the fact that you can cash out your earnings for just $5 seems like a pretty good deal, and it is. However, the fact that each survey usually only pays between $0.01 and $0.20 means that you may have to take a lot of surveys before you earn enough to cash out.

It would be better if the website paid a little higher for its surveys.

Sure, it’s common to have websites and apps that are solely just for surveys, like Survey Junkie, for example. But, I like when websites give multiple earning opportunities. Swagbucks for example allows you to earn points for doing other tasks like watching videos, playing games, and referring friends, as well as taking surveys. So you really can boost your earnings.

With Rakuten Insight, it doesn’t offer any additional ways to earn outside of surveys meaning you won’t find paying tasks like trying out apps or watching videos on offer. Sure, that may not bother you if you’re just looking to take surveys. But, it’s important to keep in mind that, as on all survey websites, you won’t qualify for every survey so having other ways to earn is always a good thing.

The only downside to the platform is that the pay per survey is on the low side. Still though, it’s one to try alongside other survey platforms and reward websites if you’re looking to boost your earnings! Alone, it won’t make you a whole lot of money though.

Have you ever used the site? If so, leave your Rakuten Insight review in the comments section below.

Recycling aluminum cans, just like recycling plastic bottles, is a great way to make some money and go green! If you’re looking for a really easy ... - Continue - 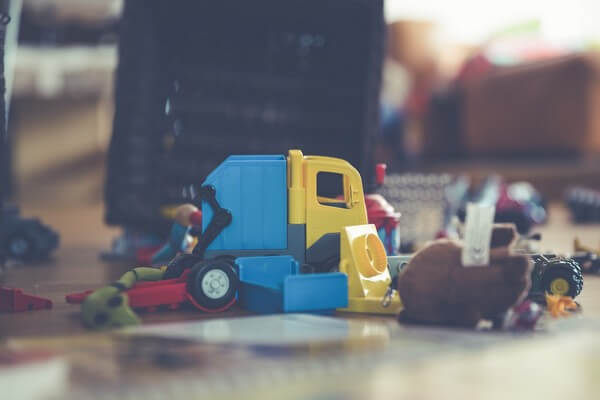 Do you want free toys for your kids? Any time you can save money is a good thing! And what better way to save money than by getting stuff for ... - Continue - 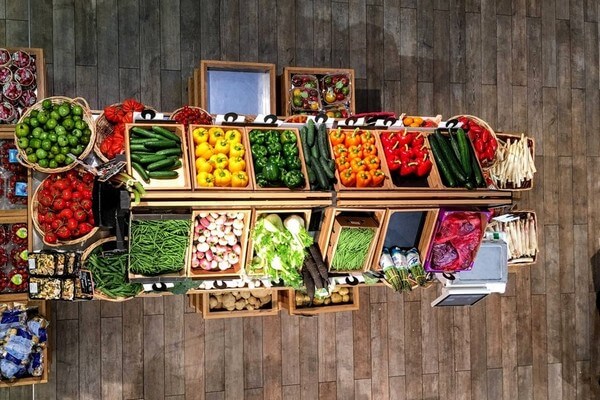 Thanks to the wonderful invention of mobile shopping apps, people don’t have to bother mailing in rebate coupons anymore. One of the companies that ... - Continue -