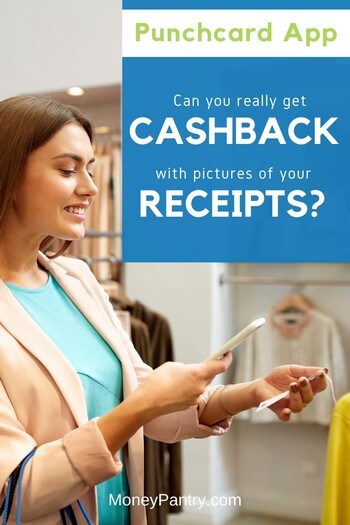 Almost everyone enjoys getting cash back on their purchases. It’s basically free savings!

One of the most common ways to get cash back is through receipts. There are lots of apps that pay you for scanning your receipts. In this Punchcard app review, I’ll show you an app that claims it will pay you to do the same thing.

Features of the service

Punchcard is an app available on both iOS and Android devices.

The general idea is that you can use the app anywhere you shop, including:

Every time you scan a receipt, you earn what the app calls a “punch” which is basically a point in their point system. As you collect punches, you can use them to redeem rewards such as gift cards and cash payments.

There are other ways you can earn points too. You can earn through sponsored rewards in which brands will give you extra money if you buy their products. Another way the app says you can earn is through certain merchants, which will reward you just by being a loyal customer.

Another great feature of the app is that your points won’t expire. You can keep them forever, so you don’t have to worry about spending a bunch of cash in order to get your rewards.

And just like with many other similar apps like Receipt Hog (review) and ReceiptPal (review), this one also has hundreds of businesses that you can earn from.

Some of the more popular options are:

An app can promise whatever it wants, but that doesn’t mean it follows through on those promises. One of the best ways to tell if a service or app is good is to check what users have to say.

On the Apple App Store, the app has only 32 reviews, which average out to be 1.3 stars. However, the app is actually much more popular on the Google Play store, where it has had over 100,000 installs according to Google. Even on that platform, the app rests a little below 2 stars.

Some of the reviews people have left are:

“Ever heard of a ghost town? This here’s a ghost app. If you’re using it, you’re a tourist. Don’t bother going to the stores and trying to do business; nobody’s home,” said an Apple user.

“Google needs to remove this from the play store. The app awards nothing no matter how many receipts you scan. At least ReceiptHog and ReceiptPal are still functioning apps for scanning receipts and slowly earning rewards,” said a Google Play user.

“I can scan receipts but the mpoints stay at zero. I have tried contacting support from different areas but get no response. I wish I knew if this was an old abandoned app? I’m going to uninstall it from my phone,” said a Google Play user.

“This is a stupid app. Despite adding so many receipts got no points and the system do not reply to my messages either,” said another Apple user.

Considering that the app can barely get past an average of two stars, there are a lot of issues people have reported with Punchcard.

Here are some of the most common ones people have dealt with:

Is Punchcard Legit or a Scam?

A few years ago, it was actually quite easy to get money from this app. People received anywhere between 5 to 100 points for each receipt they scanned.

25 points were equivalent to one penny. Many businesses offered hundreds of points for doing something simple like buying a product from them, so it honestly wasn’t too bad of a payout.

There were also additional bonuses you found from the app just by doing simple things like uploading a profile picture.

But what about now?

Unfortunately, it seems that in the past year things have really gone downhill for Punch Card.

When you consider all of the complaints and problems people faced while using the app, I think it’s pretty obvious that something fishy is going on.

While I am not entirely sure that the app is an outright scam, I do think that whatever company that once owned it is no longer taking care of it. In my research, I couldn’t find any website, business, or social media linked to this app. There’s no one you can contact outside of customer service, which seems non-existent.

What bothers me most about this app is the fact that it’s allowed to be on the app store despite the obvious signs that it’s no longer being managed.

Another thing that really bothers me is that whoever owns this app might still be earning ad revenue off the members who try to use the app. If that’s the case, then the app really is a scam because the owner is profiting off people while lying about paying them.

There are many other apps like Punchcard that work much better and have a better payout system.

We have covered many of them here at MoneyPantry.

Check out these posts for better alternatives.

If you want to check out more legit scanning apps that will actually pay you, check out some of the other articles and reviews we’ve written about many of these apps.

Considering how easy it is to use receipt scanning apps, it’s hard to find a bad one out there. However, they do exist, as you saw in this Punchcard review. I wouldn’t recommend this app to anyone. In fact, I honestly hope Google Play and Apple will remove it from their stores soon.

If you have personal experience with the app, I’d love your thoughts. How would you rate and review the Punchcard app? Let us know in the comment section below.

Want to know how to get free Discord Nitro? Then, read on! Discord is a chat app that’s similar to other platforms like Skype and Slack. It’s ... - Continue - 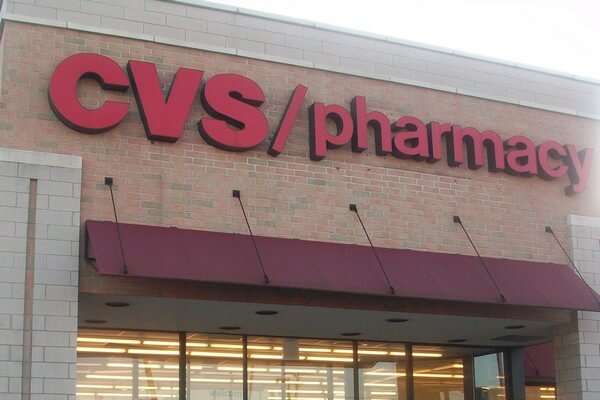 How many times a week do you shop at CVS? How much do you spend every time? According to the Pharmacy Times, CVS serves over 5 million shoppers ... - Continue - 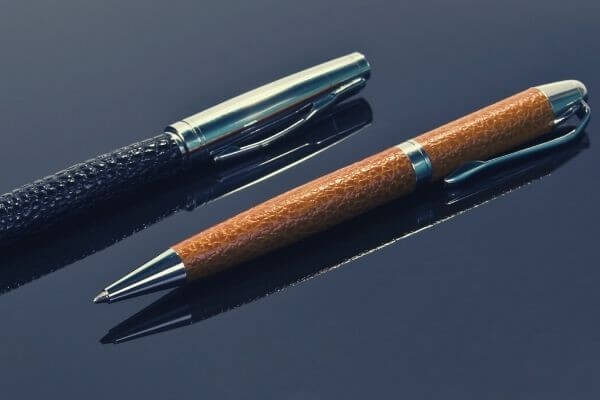 If you want to know how to get free pens, then this is the post for you. Maybe you’re a business owner looking for pens to promote your ... - Continue -