If you want to get paid to play solitaire, then you may have come across a game called Solitaire Cube. The game claims that users can earn money by competing against other players for real cash.

But is Solitaire Cube legit though? Can you actually make money with it? And is it one of those legit apps that pay you to play games or is it a scam?

In this review of Solitaire Cube, I’ll cover how the app works and whether or not it’s worth your time.

What is Solitaire Cube?

Solitaire Cube is a mobile gaming app for Android and iOS devices.

It’s available on the:

The app offers games you can play for free, as well as tournaments that you can enter for the chance to win real cash. To play in these tournaments, you need to deposit money through Tether Studio’s partner company, Skillz, inc.

So, the app is the single player version, but if you want the multiplayer version where you can win money, you will need to download it from the Skillz website.

How Does Solitaire Cube Work?

Solitaire Cube is an app you can download for free.

With it, you drag and stack cards into piles of alternating colors, and then sort them by their suit (spades, hearts, diamonds, and clubs). You need to solve as much as you can before time runs out.

It is a modern version of the classic Klondike Solitaire game.

There’s a mix of free games and games that you have to pay to enter available on the platform.

Basically, there are two ways to play in Solitaire Cube, which are…

Practice games are good for earning a few Z coins and Ticketz.

The second type of game on Solitaire Cube is Pro League games.

In these, both players solve the same deck and the player who finishes with the most points wins.

As I said above, above, these tournaments where you compete with other users are through Skillz.

Now, in order to enter these Skillz tournaments, you have to deposit money. There’s no guarantee that you’ll win the game, so you could lose the money that you deposit. This is my biggest issue with Solitaire Cube and other games on the Skillz platform.

How Much Does it Cost to Play Solitaire Cube?

You can play free games on Solitaire Cube if you stick to games in the Practice League. However, if you want to earn money you’ll want to play against other players in the Pro League.

Games in tournaments require a cash entry fee and include a cash prize. To play in these tournaments, you will need to deposit cash into an account on Skillz.

So, you will need to enter your card number or PayPal account information. Once you have made a deposit, you can use that money to enter cash tournaments and win real cash prizes.

There are also larger multi-entry tournaments, which are in the $1 to $10 entry fee level, which, according to the company, have much larger prizes.

How Does Solitaire Cube Pay You?

If you win, you can withdraw your earnings at any time from your Skillz account.

Simply tap Withdraw on the main menu to get started with withdrawing your winnings.

Okay, so now you know how Solitaire Cube works, and how much money you can make, you’re probably wondering is it legit.

Sadly, there are a lot of scams out there, so it can be tough to know which apps are worth your time and which aren’t.

The Solitaire Cube app has decent reviews from users.

So, the app has pretty good ratings, which is promising.

Here are some positive things users have to say about Solitaire Cube:

Despite those average to good reviews on the app stores, I did see a lot of negative reviews too.

A few people complained how they were charged a fee when their account was inactive. Skillz charges a $2 per month maintenance fee on accounts that have been inactive for 6 months or more. No fee is collected if your account balance is $0.

Still though, despite many negative reviews, Solitaire Cube is pretty well-reviewed across all the app stores.

How Skillz is reviewed online

Sure, the Solitaire Cube app is pretty well-reviewed, but it’s the Skillz platform that players need to use if they want to actually win money.

While Solitaire Cube is reviewed pretty well online, Skillz is not.

Aside from the Galaxy store, which, many of the reviews on there are just people sharing codes, and there were still many complaints about Skillz with a lot of people saying it’s a scam, Skillz is very badly rated.

Another common complaint I saw was reports of poor customer service.

People also complained that the way players are matched on Skillz isn’t that fair, because as players win more matches, they are matched with more difficult opponents, making it harder to win.

Here’s a review of Skillz from one user:

This Reddit thread is worth a read because it highlights a common issue of the company randomly closing people’s accounts with little explanation, so have a look at that for more information.

There are people who claim to have made money from the platform, but most users complain about their experience on Skillz.

I actually did a whole post on Skillz, so I would recommend you check that out for more information.

Solitaire Cube is a legit app and if you want to pass the time playing solitaire, give it a go.

The issue with the app comes when you start entering those Skillz tournaments.

As I said in my Skillz review, I do not recommend Skillz at all. It’s not well rated online, its customer service is poor, and it often closes its users’ accounts without paying them.

To actually win real money on Solitaire, you have to deposit your own money through Skillz and you are not guaranteed to win. This draws parallels to gambling, which is always risky.

I think that apps like Mistplay and Swagbucks are much better options because you get paid to play games without having to deposit, and therefore risk, any of your own money. 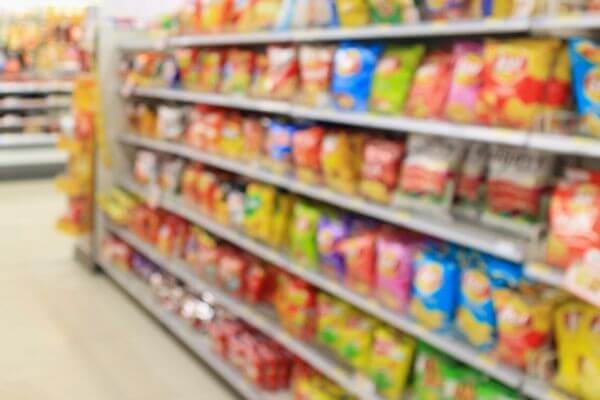 Getting any free stuff for kids is a blessing for parents. Kids are expensive! Not to mention, keeping kids entertained can be tough sometimes and ... - Continue -

Have an old bike you want to sell for cash? If so, you might be wondering what your options are. You probably have a lot of questions like, should ... - Continue -