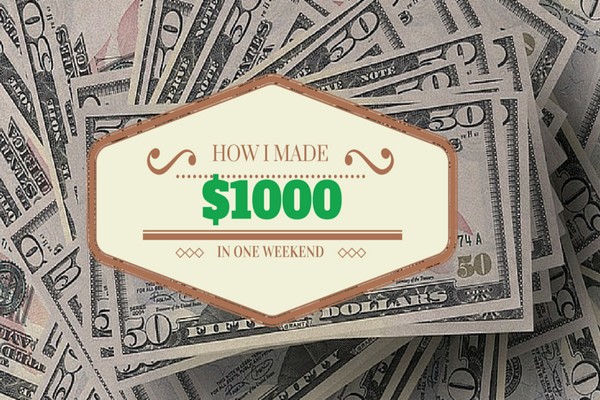 Around the end of the year 2007, my girlfriend and I were in a tight spot.

She had been laid off because of the company downsizing that was prevalent around that time, and my online income wasn’t even remotely close to what it is today.

To make matters worse, the depressed housing market had hit my day job – installing hardwood floors – pretty hard. Because no one was purchasing houses, people were hesitant to dump any money into their own, not knowing if they’d be able to ever recoup the loss.

Needless to say, it was a rough patch.

We had to cover our mortgage, student loans, car payments, insurance, utilities, and groceries, not to mention all the other normal expenses we all have.

We were lucky enough to have a good amount saved up which we used to float us for a while.

My girlfriend’s job search continued longer than expected despite applying for 6 or 7 jobs a day, and things with the housing market looked as dim as ever.

By the time May 2008 rolled around we had nearly sunk. It was the beginning of the economic recession.

June was coming up, and we found ourselves financially drained.

We had enough to cover nearly everything, but we were $600 short on the mortgage payment.

Naturally, we tried to come up with some ways to make quick cash.

We considered recycling, monetizing my blog, and setting up one for her, but we needed the money quickly and none of these ideas would do that for us.

Needless to say, we were both really frustrated.

Thankfully, a short while later I realized the potential money making option available to us while changing the AC unit’s air filter down in the basement.

The basement was full of old and new furniture that was just gathering dust.

In my profession, I had worked on floors for a number of “house flippers.”

From time to time, they’d buy a place that had a good deal of furniture and other items left inside, and not wanting to pay anyone to get rid of the stuff for them, they were delighted to let me take them for free.

So, I would take them home and store them in the garage and/or the basement, intending to sell them on Craigslist after cleaning and restoring them.

But I had never actually gotten around doing it.

Likewise, my girlfriend at one time was running her own store on eBay, selling shoes individually that she had purchased wholesale. However, fee increases and other rising expenses killed the profit margin of her business to the point where selling on eBay wasn’t worth it anymore.

That left her with much of her stock just sitting in the basement.

She immediately recognized the opportunity as well.

We considered posting everything on Craigslist, but with so many items, we knew it’d take a while, and we needed the money soon.

Ultimately, we decided the best course of action was to have a garage sale. Because of the volume of items we wanted to sell, we opted for a 2-day garage sale and started setting everything up.

So, one weekend at the end of May 2008, my girlfriend and I ran our first garage sale.

What We Earned in That Weekend

We started on Saturday and made most of our money that day as well – just a little over $600 . The following day, being a little slower, earned us about half as much.

Overall, it was a very successful garage sale. The garage sale went off without a hitch and we earned a total of $985.65!

Since that first, many garage sales have followed, though none so memorable as that first. Perhaps that’s a result of our great need at the time and the initial amazement we experienced at how easy it was to make nearly $1,000 in just a couple days.

We had the chance to meet and talk with a number of interesting people as their spouses browsed our wares.

I share this story with you in the hopes that it might inspire those reading to use their own creativity and find a good idea in their times of financial hardship.

You can be sure that there are still many more opportunities to be had when it comes to making quick money.

You simply need to think beyond the scope of traditional, conventional ideas and be willing to put forth the effort to turn them into a reality. 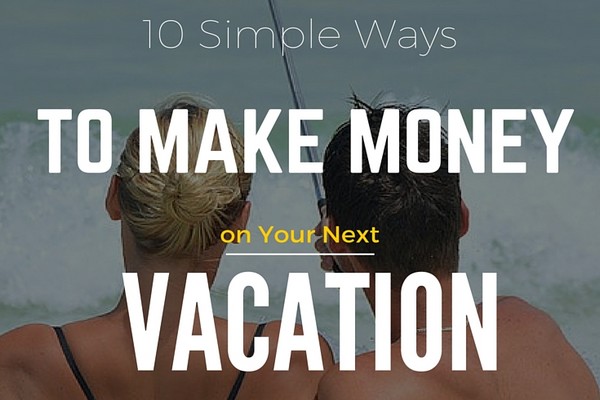 Summer is almost here and that means vacation time for tens of thousands of people. Although, according to CNN, the number of Americans taking ... - Continue -

I love coffee! My day doesn't officially get started until I had my morning cup of joe. And I'm not alone. Sixty-four percent of Americans over ... - Continue -

If you use Apple Pay to pay for purchases and you also like shopping at Kroger, you may be wondering if Kroger accepts Apple Pay. Kroger is the ... - Continue -