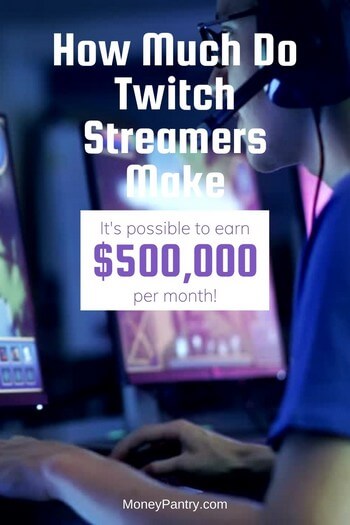 Twitch is a super popular platform for gamers and eSports fans.

However, Twitch isn’t just for gaming (although that is what it’s primarily known for) with channels dedicated to everything from music to art, and even some talk shows.

In 2014, Amazon purchased Twitch for an impressive $970 million.

Now that the platform is so popular, it’s starting to produce streamers who make money streaming video games on Twitch.

But, just how much do Twitch streamers make?

Is this a viable career option?

Well, in today’s post, I’ll answer those questions and cover everything you need to know about how Twitch streamers basically make money playing games!

Who Can Make Money on Twitch?

Twitch is home to 9.52 million active streamers as of February 2021.

Not all broadcasters on the site can make money though.

In order to start making money, streamers have to either be a:

You can’t be both a Partner and an Affiliate. But more on that below.

In order to be an Affiliate, you need to have:

If you meet the criteria, then a few weeks after your channel becomes eligible, Twitch will send you an invitation to your email and in the Notification Area in the upper right corner of Twitch.TV.

The company says that the criteria for Affiliates is likely to change as it develops the program.

Affiliates can earn money from:

In order to join the Twitch Partner Program, you need to complete the Path to Partner achievement or show that you have a large, engaged viewership/following on other services.

The Path to Partner achievement basically helps you to track your progress to being eligible to apply for the Twitch Partner program.

To be eligible to apply for the Partner program, you need to meet the requirements for the above achievements over a 30-day period.

Being eligible for the program doesn’t guarantee Partner status.

When you do become eligible, you will see an “Apply” button, which links to the Partner application form. Applications are reviewed manually by the company’s Partnerships team. It usually takes 7 business days to hear back about your application. If your application is declined, then you can apply again in the future.

Aside from completing the Path to Partner achievement, or demonstrating a large, engaged viewership/following on other services, you will also need to:

As a Twitch Partner, you can earn revenue from:

When you are part of one of these programs, you can start making money as a streamer.

How Much Do Twitch Streamers Earn?

Once you are a Twitch Affiliate or a Twitch Partner, you can start making money from your channel.

Income mostly depends on how many followers and subscribers you have, and how many views you get.

Let’s go into a little more detail on ways to make money on Twitch and how much you can expect to make.

Here are 7 ways that Twitch streamers make money and how much they get paid:

Subscriptions are the main way people make cash through the platform.

The subscription options are:

So, the more subscribers you get and the more views you get, the more you’ll earn.

You can earn a share of the revenue from any ads that are played on your channel. You get about $250 a month in ad revenue for every 100 subscribers. You can determine the length and frequency of mid-roll ads through your dashboard.

Bits are another way for viewers to support your channel. Streamers can get a share of the revenue that Twitch gets from Bits that’s equal to 1 cent per Bit used to Cheer for them. So you get roughly 1 cent per Bit.

Viewers can also make monetary donations to their favorite channels.

Okay, so one of the biggest income streams for broadcasters on the platform is sponsorships.

Companies pay streamers to promote their games, products, and services. Obviously, you’ll need to have a decent sized following for this opportunity.

Streamers are sponsored to play specific games. According to various online reports, streamers can earn anywhere from 1 cent to $1 per viewer per hour.

This can be one of the more lucrative ways for streamers to earn.

Ninja, who is the most followed streamer on Twitch, was paid $1 million to promote EA’s “Apex Legends” launch. He got a million for tweeting about the game and for streaming his gameplay on Twitch.

And, they are also sponsored to promote products like headsets, chairs, and keyboards.

Streamers can create and sell their own merch once they have a larger following. This can include t-shirts, phone cases, mugs, and much more.

7. Expanding to other platforms

Getting your Twitch audience to follow your YouTube channel, for example, could bring you in more money. I’ve seen people posting Minecraft streams from Twitch onto YouTube where these videos get 1,000s of views and can generate more income. So, Twitch streamers can also earn more as an influencer or brand ambassador on other social media platforms.

How much do small twitch streamers make?

You could also earn money from ad revenue, which as mentioned above, works out at about $250 per 100 subscribers.

How much do Twitch streamers make from one sub?

Below, I’ve listed the top 10 most followed Twitch streamers.

I’ve included a monthly income for each one unless there are no figures available. This monthly figure is for subscriptions only (for most streamers), so this doesn’t factor in donations, sponsorships, and other income streams.

I’ve also included an estimated net worth for each streamer.

I’ve listed them in order of follower count.

Before we start on the list, it’s important to note that these figures are merely estimates reported online. Most Twitch streamers don’t reveal their incomes themselves, so these are only estimated figures.

Here are the top 10 most followed Twitch streamers…

By the way, if you want to see what YouTubers make in comparison to Twitch streamers, check out my post on how much do YouTubers make. It’s eye-opening to say the least!

Twitch sure can be lucrative!

Knowing the massive potential and just how much Twitch Streamers make, this could be a great way for you to earn money especially if you enjoy playing games. 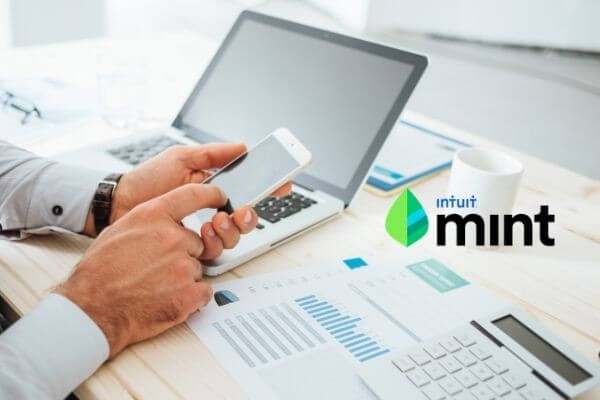 Do you wish you could take charge of your finances with as little pain as possible? Find out how you can take control of your money where ever you ... - Continue - 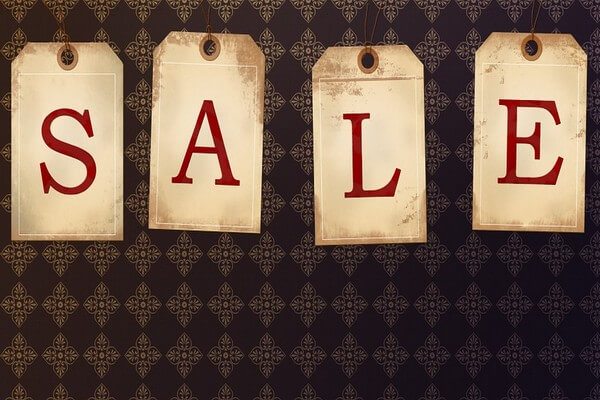 It’s on sale! Sales save you a lot of money. The trick is knowing where (and when) to find a good deal. Luckily, that’s why you have the ... - Continue - 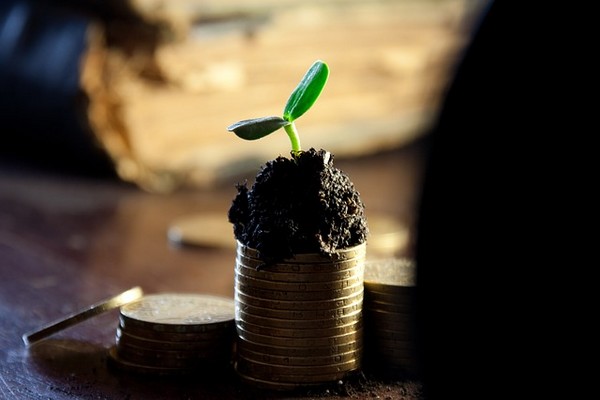 If there is one thing that everybody has in common, it is probably that we could all use a little more money. We all have our own ways of making it. ... - Continue -