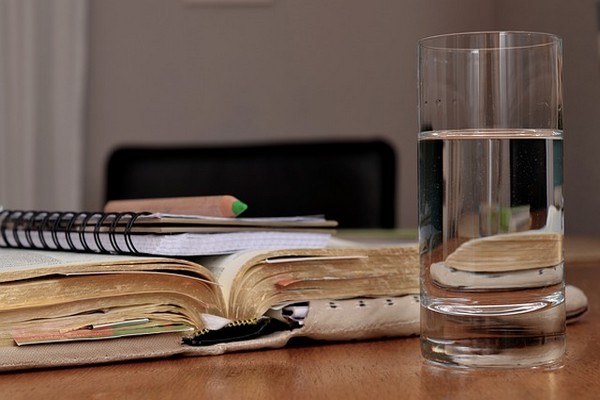 Any college student understands that getting an education does not come cheap. Between tuition, room and board, meal plans, and the occasional night out on the town that financial aid check can never come soon enough.

Many students struggle to make ends meet and a dinner of eggs over ramen noodles is consumed several nights per week in many dorms. With tuition and fees continuing to rise higher and higher, student debt now exceeds mortgage debt in the United States for the first time in history.

Sure there are work-study jobs, off-campus part-time barista gigs, and other job opportunities for college students, but between running to and from class then to work and then back to class – plus studying and doing homework – juggling that schedule can be quite difficult.

Spending all of your time at work may mean that your reading or homework could fall behind. This is a difficult challenge for so many students, who want to earn their education but simply do not have enough hours in the day to get everything done.

But What If There Was a Way to Get Paid to Study?

Students could sit in their dorm or at the coffee shop and earn money while getting their education.

It sounds like a dream that never materialize for millions of people in the United States – except that it’s real.

StudyPact is a new app that allows you and your friends to get paid to study. The app is a fun and unique way to study, challenge friends, and most importantly: make money.

StudyPact challenges friends and peers to go head-to-head in a homework showdown.

Simply set your goal of how many hours you want to study a week and then how much money you’re willing to stake if you complete or fail your goal.

You could set 1 hour for five dollars or get wild and promise to do five hours of studying in a week for $50 an hour.

After placing your wager, begin studying through several accepted education apps. If you fail at achieving your promised number of hours, you will be charged for each hour you missed.

However, if you meet your goal you will earn your share of the money paid by any person who did not make their goal that week.

Payments are generally distributed every Wednesday via bankcard.

StudyPact syncs up with several different apps (both on mobile devices and computers) including language courses, e-textbooks, and brain training games – tracking your usage and successes.

StudyPact has been praised across the board for a legitimate way for students and learners of all ages to get paid to study.

Yahoo Finance called the Japanese start-up company a “self-crowd funded motivation platform,” leading some to believe this app could be the future of studying. They also enjoyed how the app offered its users to choose what they want to learn, with so many different types of education apps to work with.

Tech Node believes StudyPact will benefit and interest language learners the most as it could help them achieve their goal sooner and get paid to study at the same time.

Users of the app cannot get enough as it keeps them on track while helping to grow their bank accounts.

Many people who begin an online course or education program do not finish, as they may get burned out or bored of the activity. Not only that, but the temptations of social media, viral videos, and aggregate news sites can often be overwhelming. A study session that was supposed to be one solid hour has turned into three hours of clicking back and forth between learning and checking out the Bill Murray Wikipedia.

While StudyPact is definitely an awesome way to get paid to study, it’s not completely perfect yet.

As of right now, the app is only available on Android devices. This alone cuts a large chunk of the population out of their reach as iPhone users continue to grow.

However, the start-up says that the app will soon be available across all platforms. While they work out the kinks, iPhone users will have to wait it out. The website does allow these users to join an email list that will let them know when it’s time to jump aboard.

Another complaint that some users have is the fact that payment can only be made to debit or credit cards. Many are requesting that another service, such as PayPal or Venmo, be added in addition to the current funding option.

This would help StudyPact reach a broader audience and please many current users.

Once again, the company says they are working on integrating PayPal into their system and that new and current users will see this option soon. In addition, the company is considering offering gift cards or prizes for achieving certain goals.

As a start-up wishing to help students gain knowledge while also earning some cash on the side, StudyPact is awesome. But as mentioned, this company is still a start-up and will take some time to fully perfect their systems.

However, the innovative idea of an incentive-based motivating tool is intriguing. And it seems to be producing results as is evident by the massive popularity of other similar apps such as GymPact, an app that rewards you for working out.

Once StudyPact is up and running at 100 percent, it could be a game-changer in the way people interacts in terms of setting personal goals. Whether it is education, fitness, or sticking to a diet, using these types of motivational incentives could be quite lucrative for both the users and the app developers.

As it stands now, StudyPact is only for Android users, but that will all change soon.

It will not be long until folks across the country will be able to get paid to study French or learn about ancient Egyptians – all at their own pace from the comfort of their homes.

Are you a retired teacher looking for the best jobs to make money? Or perhaps you are about to retire and are looking for work you can do after ... - Continue -

Looking for the best cheap home décor stores? Then this is the list for you! When you move into a new place or decide to redecorate your current ... - Continue -

In today’s post, I’ll be sharing an Ibotta referral code with you that can get you up to $20 in bonuses. I’ll also do a short review of Ibotta, cover ... - Continue -