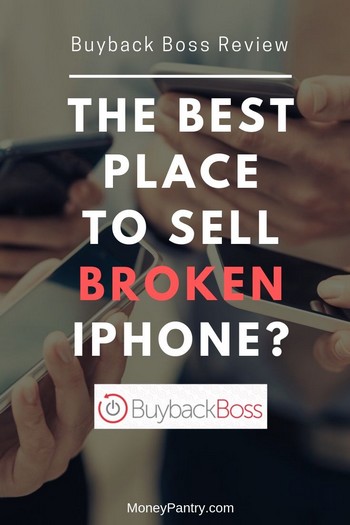 Wanna sell your cellphone and came across Buyback Boss but can’t decide if it’s the best site to sell your old phone with?

This Buyback Boss review will tell you everything you need to know about the site.

With the crazy high prices of phones and constant upgrades, it would be crazy to let your older version of iPhone, Android or other smartphones just gather dust in a drawer or box somewhere when you can actually use your smartphone to save money.

The good news is that selling your phone is easy as there are so many companies, like Buyback Boss, out there who will buy your unwanted phone from you.

Below, we’re going to give you a full Buyback Boss Review. It includes how the site works, how you get paid, and of course, whether or not this site is legit!

What is Buyback Boss?

Buyback Boss is a website where you can sell your used phone, pretty much like uSell (review).

It offers lots of great benefits, like free shipping.

There doesn’t appear to be a Buyback Boss app, so you’ll just have to use the official site.

Here’s how selling your phone on Buyback Boss works:

Visit the site at buybackboss.com and answer a few quick questions about your phone.

Then, the site will give you an offer. BB says you’ll get a quote in less than 30 seconds.

If you like the quote that you get from Buyback Boss, you then need to ship it to the company.

You can ship your phone for free, which is great, as BB provides you with a free shipping label at the checkout.

What’s great about the company is that you can track your device online throughout the whole process.

Once BB receives your device, you get paid. Another good thing about the company is that it sends same-day payments.

How Much Can You Sell Your Phone for?

It’s tough to give you an exact number for what you’ll get for your phone. This is for two main reasons.

Having said that, we have included a few examples below just to give you an idea of what type of price to expect for a few different device types:

Finding a quote for your particular phone is super easy though, and can be done in 30 seconds!

Payments are sent by check in the mail or right to your PayPal account. You get to choose the payment method that works best for you.

What Does Buyback Boss Buy?

Here are some examples of what you can sell:

What’s great about BB though is that it even buys broken phones, in some cases!

Unfortunately, they don’t buy laptops. But there are many other sites to sell laptops to.

Buyback boss is it trustworthy?

That’s the big question that everyone has.

On the Better Business Bureau (BBB), Buyback Boss has a very impressive A+ rating.

That says that this is a legitimate company.

It’s not just with the BBB that this company shines though.

Many major news outlets have featured Buyback Boss, such as:

What do customers say about Buyback Boss?

Here’s what customers have to say about Buyback Boss:

On Trustpilot, Buyback Boss is rated “Excellent,” with five stars!

Here are some reviews of Buyback Boss from customers on Trustpilot:

They had the best price and they paid out promptly, couldn’t ask for more.”

Painless process, including paid shipping, and quick payment. I was very impressed. Thank you Buyback Boss.”

Dealing with Buybackboss was super easy.”

I traded in an iPhone XS Max 256 which I bought from the Apple store to use on AT&T.

In the initial quote process, they gave me a number which I accepted. About two days later, once the package arrived there I got the email and I thought immediately “here we go again, like Gazelle, I’m about to get low balled and held hostage because they have the device and they’re gonna charge me to ship it back.”

Much to my surprise – they bumped my quote because I had stated the device was locked to AT&T but they discovered it was factory unlocked and I got extra money.

I would absolutely deal with them again. They answer the phone with real people and the check followed shortly after the device arrived.”

This is the first time I have ever used any type of service like this. Its easy to be skeptical with these types of things, especially when it is online and you have to send off your phone without money in your hand, like you would in a store. I would 100 percent use this service again. Sent my mint condition iPhone XR to them, it shipped from east coast to west coast extremely fast (free shipping) and I had my money in less than a week from the time I shipped it, at the best price (i compared A LOT).

Bottom line is…you will get the best price, quickly.-

I wasn’t sure where to sell our old phones as we don’t replace very often. Buyback Boss took away the worry. They actually upgraded one phone at a higher price than we thought. They also kept us informed at every step!”

The price they offered was competitive, one of the higher offered prices of five different companies I checked. I then chose Buyback Boss over others because of a favorable review I saw on the internet about best places to sell your phone. It was a good choice, in addition to competitive prices, they were quick to test and pay for my phone once they got it. Plus they quickly helped me resolve a problem i had unique to my phone carrier. Overall they are great and based on my experience, they will not disappoint.”

We had an amazing first experience using BuyBack Boss to sell my husband’s old phone. GameStop would only quote us $98 on a practically brand new Galaxy S9 Plus because of two scratches on the screen. BuyBack Boss gave us $220! It was so easy sending them the phone and we received our money through PayPal quickly. The entire process took a week because the phone arrived at their processing location on a Friday and they’re not open on weekends. When I emailed the company on Monday to check on the status of the phone I received a very prompt response from Cziana and she kept me informed of the phone’s progress up until I received my money. I would definitely use them in the future for electronics I don’t need anymore, and I would recommend them to all of my family and friends!”

The reviews of Buyback Boss are just as positive on Sitejabber!

The site has a five star rating again.

Here’s what customers have to say about BB on Sitejabber:

I am thoroughly impressed with my experience using Buyback Boss to sell an old cell phone. I am very careful working with online business and began the selling process by researching companies and asking questions. As if the positive reviews I found online weren’t enough, the CEO of Buyback Boss took the time to personally answer my questions. The process continued smoothly as I sent in my device using their trackable shipping label, received confirmation of delivery, and the order was completed. My check, for the total amount promised, arrived just a few short days after. I would highly recommend Buyback Boss to anyone looking to sell phones or iPads; you will find unparalleled customer service and a top-notch business.”

I had never used a site like Buyback Boss before, however I had broken my iPhone 6 and it was just laying around. So I decided to research what I could do with it. After looking at several sites similar to Buyback Boss, I decided to go with them. The process was fast, easy and the customer service was phenomenal! My check for my phone arrived just as they said it would! Next broken phone is going to them!”

they did as they told me. got me the money for what they quoted me for and a lot more than gazelle. go with these guys. and the customer service was great!”

Do we recommend Buyback Boss?

I’ve reviewed a lot of companies and during my research, I’ve read a lot of reviews. Never have I seen a company as positively reviewed by customers as Buyback Boss.

Usually, even with legit, big companies, you’ll still see negative reviews (you can’t please everyone!). With this one though, the overwhelming majority of reviews of Buyback Boss were positive.

93% of the reviews on Trustpilot were “Excellent.”

And, that’s why we recommend Buyback Boss if you are looking to sell your phone.

It definitely gets our seal of approval.

So next time you are wondering about selling your old phone for cash, consider BB.

As you can see from this Buyback Boss review, it’s a really great company that makes selling your phone easy and profitable.

Here’s what we love about the site in particular and what makes it stand out:

Overall, if you’re looking to sell your phone or tablet, you really don’t get better than Buyback Boss. 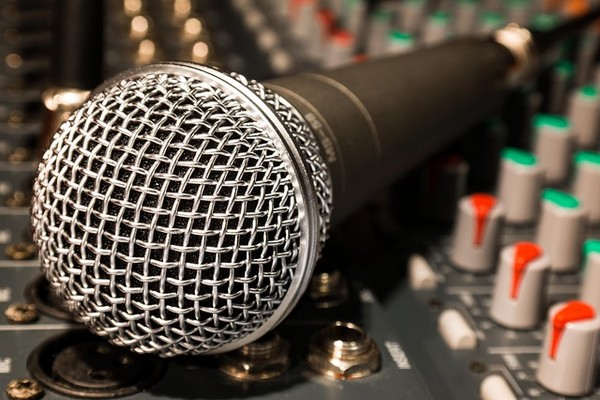 Thanks to the Internet, you can now make money with your music without having to have a record deal. With the arrival of iTunes and many other ... - Continue - 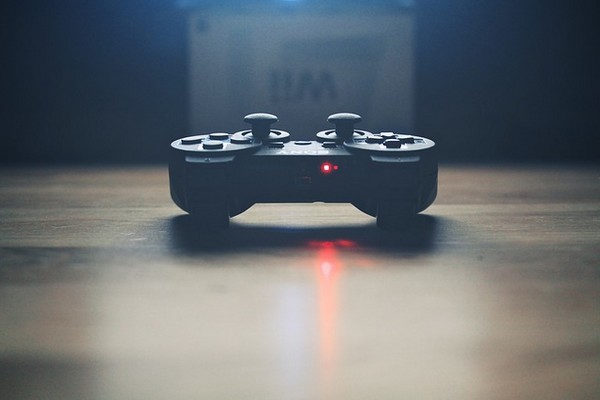 Flashing lights, bleeping sounds, and the clickity-clack of controllers. These phenomena are all too common if you've lived in a house that had video ... - Continue - 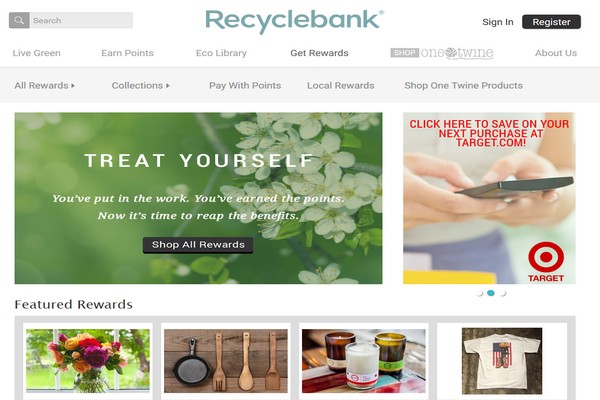 Earning points and redeeming them for free gift card codes and cash is fun. Usually though, you have to go through online reward programs where you ... - Continue -