Finding things to sell on eBay may be as simple as a shopping trip to your local Walmart store.

And while you may think drop shipping from Walmart to eBay is just not going to work because “everyone has access to Walmart,” the reality is that even though Walmart has locations in many places, there are still people who don’t have access to a Walmart store.

And let’s not forget that Walmart doesn’t exist in a lot of countries.

For an entrepreneur, knowing just these few facts is enough to see the potential in a Walmart to eBay dropshipping business.

Of course, out of tens of thousands of items that you can find in Walmart, a handful will be worth selling on eBay.

Here are a few kinds of items that you can actually profit from by buying from Walmart and selling on eBay.

For example, people in the UK love Lucky Charms. You can sell it for around 3 times more than what you would pay at Walmart.

They’re not really buying it for the taste of the cereal, it’s the Lucky Charms leprechaun that the British and Irish actually want.

Here are a few more food related products that are very popular outside the U.S. which you can buy from Walmart for relatively low prices and sell on eBay for higher prices:

Keep an eye out for the latest movie action heroes, like Batman and Indiana Jones.

Star Wars action figures are timeless classics that you will have no difficulty selling, especially on eBay UK and eBay Europe.

November and December are the most profitable months for toy sellers on eBay, but you have to be quick and grab the hottest toys as soon as they are released, even if it means going shopping at 2 am.

During the rest of the year, you’ll find that toys are in demand all year round on eBay UK, eBay Canada, and eBay Australia.

Walmart stores will stock sports fan apparel for their local teams, but fans living in different areas may not have access to this merchandise.

Selling sports fan apparel such as football jerseys, jackets, hoodies, caps, t-shirts, and flags of teams that make it to the playoffs could net you a sizable profit.

Lizzie McGuire, Hannah Montana and the High School Musical have been popular in previous years.

Close to Christmas time, Hannah Montana-branded bedding sets fetched more than 3 times the price you paid at Walmart since those items were in such high demand.

Ask some teens you know, who and what the current rage is and you have got yourself the insider info you need to make a profit!

You could buy electronic items when they go on sale and then advertise them for re-sale around mid-November, in time for Christmas.

The most popular electronic item would probably be Wii, but keep an eye out for a good deal on the latest products.

Use eBay Pulse to find out what video games are popular. Last year it was Guitar Hero.

You can buy the popular Fisher Price “Kid Tough” camera, which comes in either pink or blue, and also has an underwater version, for around $48 at Walmart.

They will sell for around $85 on eBay UK, netting you approximately $30 per item once you deduct your fees and costs.

Make sure you do some research before setting your price and check that it will be competitive with existing listings.

If you can get your hands on cosmetics and skincare products that have been discontinued, these items can be sold at a huge mark-up to consumers who want to keep using them.

Of course, the biggest thing to remember here is that you must go with items that are rare and hard to find in other places.

Obviously, buying things from Walmart and selling them on eBay USA won’t work as much since most people in the US can easily stop by their local Walmart.

So, the trick is to sell things in countries where people can not find the items you are selling. 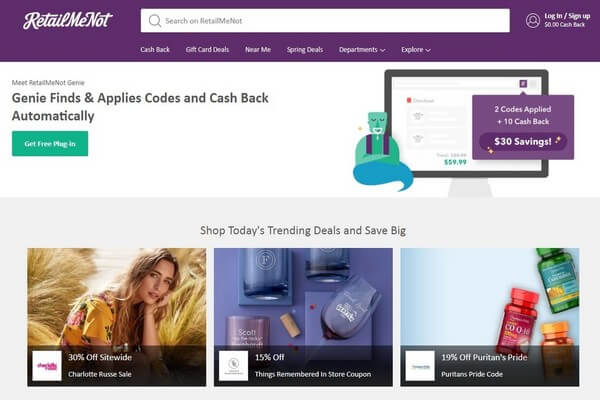 Want to save money on the things you buy every day and help others save money too? RetailMeNot.com is a robust discount aggregator ... - Continue -

Apps like Earnin that let you get paid today, as in before payday, have become very popular recently. There are times when you need an advance on ... - Continue - 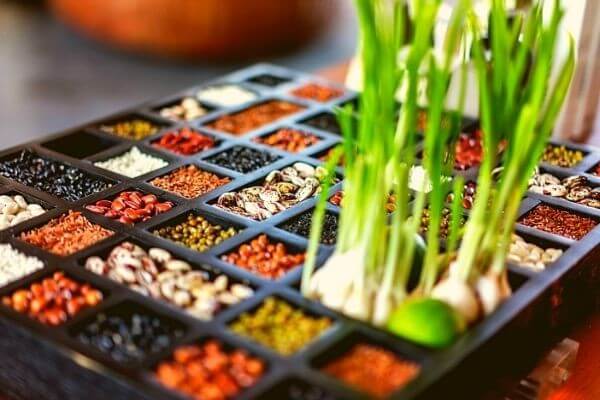 Getting free seeds may not be at the top of anybody's "money saving hacks". I mean, seeds are not super expensive, but if you’re looking for a few ... - Continue -