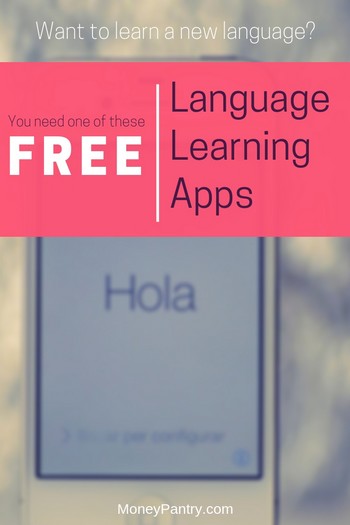 Learning a new language can be incredibly useful, especially if you are planning on traveling to another country.

A lot of people make money teaching English online but you don’t have to necessarily pay to learn a new language.

Skip paying tons on curriculum and classes and check out these highly rated free language learning apps available on iOS and Google Play.

So what are the best Language learning apps?

We are also going to include the best free apps for translating a foreign language (along with the reason for doing so!).

Listed below are apps you can get that will teach you languages for free. Some of them are already well known, such as Duolingo, but there are also quite many that aren’t as well known. The best features on each app will also be listed.

All of these are apps are free to use. Some of them may have additional features that can be purchased with a subscription, however, these apps are still usable if you decide to only stick to the free stuff.

HelloTalk is a language app that has the added benefit of cultural exchange. It connects you with native speakers of other languages for free.

Features of the app include:

This one was awarded the title of Best Education App in 2015 and is currently one of the top-ranking video language apps.

There are over 5 million users speaking over 150+ languages on Tandem. You can even learn sign language, which is pretty unique compared to the other apps on the list.

When registering, you select the languages you want to learn. Then you’ll get matched with partners that align with your goals. You can also share your interests to find people you have things in common with.

The app also has tutors for one on one video chat lessons.

If you subscribe to Tandem Pro for $2.92 per month to get:

This is a hybrid between audiobooks and language learning. You can read the text of a book in two different languages side-by-side and listen to the text being read at the same time. This helps you avoid long lists of vocabulary and phrases that other programs give their users.

This takes learning a language and turns it into a fun video game. Learn a large vocabulary in the language of your choice through mini-games.

The app has features such as:

If you’re learning Japanese, then this is a great app to use to improve your vocabulary.

It contains pictures that you guess what word goes with. There are different types of hints you can get if you need help. The words you can learn come in different categories such as animals, colors, and food.

Features of the apps are:

Learn Japanese, Korean, and Mandarin Chinese with Lingo Deer. Each lesson is interactive and created to be done within 10 minutes a day. In order to access all features of the app, you’ll need a membership for $9.99 a month, but there are still things you can use in the app for free.

Ling works for people who are trying to learn either Spanish or English. Their program is built around the concept of learning 5 words every day. By the end of a year, you’ll learn 1,825 words.

They organize their words by topics, such as business or travel, and divide them from beginner to advanced. To access the full program, you’ll need to get a subscription for $3.99 a month.

The available languages to learn are:

This app has over 30 million language learners. You can learn through easy-to-learn games, chatbots, and over 30,000 native speaker videos.

Features of the app are:

In order to access all the features, you’ll need to get a monthly subscription for $8.99. However, there are still features you can access for free.

This is an entirely free language app with over 30 languages to choose from. You can practice reading, writing, speaking, and listening with various Duolingo activities.

You can track your progress, earn rewards, and join groups of other people also trying to learn.

While everything is free, you can help support the app by purchasing the pro version, which simply removes ads.

Learn over 34 different languages with this app. Get access to hundreds of audio and video lessons.

There are different types of memberships, including a free one. Here are the features you can get for free:

There are twelve major languages you can learn, with skill levels ranging from beginner to fluency. The languages available are:

There are several features of the app, but one of the best is that you can become certified in a language with McGraw-Hill.

Babbel has 14 different languages available to be learned. Each 10-15 minute lesson is designed to go straight to your long term memory. Speech recognition technology is there to help keep your pronunciation correct.

After one month, you’ll be able to talk about a variety of different topics, such as shopping and dining. It should be noted that you’ll need a subscription to access all the learning materials, however, there is still free lessons available.

Spanish SOLO is a step-by-step course available for Apple devices. You can play through dozens of learning activities to earn “Solos” which is a virtual currency in the app. Then you can buy additional courses. Basically, the more you earn, the more you learn.

It’s a game-based learning course with native pronunciation at normal and slow speeds. It will help with both spoken and written Chinese.

According to the app description, you will learn:

Drops has over 31 languages for free. 100% of the content on the app is free, no paywalls.

They have wordlists with 2,600 words that cover about 90% of everyday words. All words are illustrated to help you understand the translations. They also have audio of the words to help with pronunciation.

You only need to spend 5 minutes a day on the app. The 5-minute sprints are designed to be easy to remember and encourages intense focus.

Mondly offers free daily lessons for 33 languages. You can learn core words, form sentences, learn phrases, and take part in conversations with the app. Other features of the app are:

There are also paid sections of the app, which costs $9.99 a month.

As the title of the app states, you learn a foreign language with just 10 words every day. You can learn English, Spanish, Portuguese, French, Italian, German, and Russian.

It takes about five minutes every day. You can also post your progress to your electronic calendar.

You can also unlock a daily selection of new words with a pro subscription to the app, which costs monthly $7.99.

Studying a language is one thing but being able to translate the words you or someone else is saying can be incredibly helpful for learning a new language.

Here are some free translation apps that will pair well with the language apps mentioned above.

A few of these have premium subscription options, but they all can still be used for free if you decide not to invest money in them.

This speech translation app can turn your own iPhone into a translation device. The app works for conversations for 38 different languages and can automatically detect the correct language to translate. Just tap & hold for the app to listen. Then release for its translation.

This app can provide translations between over 100 languages. Unlike other translators, this app double checks to make sure there are no mistranslations so that you are conveying things 100% correctly.

The app is free to use, however you can get a subscription to remove ads and get pronunciations for certain languages.

This free translation app works for 60 languages. It can translate text, voice, conversations, and text in photos. It can also download languages for the app to work when you are offline. You can also have in-person conversations translated with up to 100 people.

This app features several abilities, including:

As the name implies, this is a Spanish translation app and specialized in that language. It has:

Mate is unique because it translates iMessages for you. All you have to do is type your message out in English and then it can translate it to over 103 different languages.

This works for more than just messaging though. You can also have it translate in literally any app on your phone.

Finally, one of the most popular free translators to use on both mobile devices and computers is Google Translate.

It offers text translations between 103 languages and can translate 59 of them completely offline. You can also import photos that have text on them and the app will translate it for you.

After checking out these apps, there’s only one last step: start learning!

We hope that this list has been helpful for you.

Are there any free apps you are using to learn a language? Have you had any experiences with the free language learning apps listed above? Let me know in the comments below. 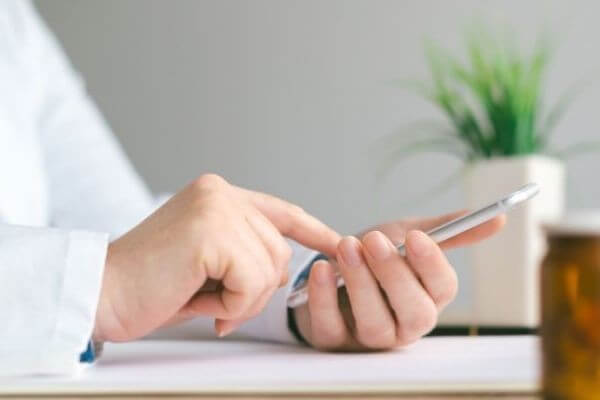 Are you wondering whether the Earnin app is legit and safe? In this Earnin app review, we’re going to tell you everything you need to know about ... - Continue -

If you are fortunate enough to have some extra money, then you might be thinking about what to do with extra cash. There are so many options ... - Continue - 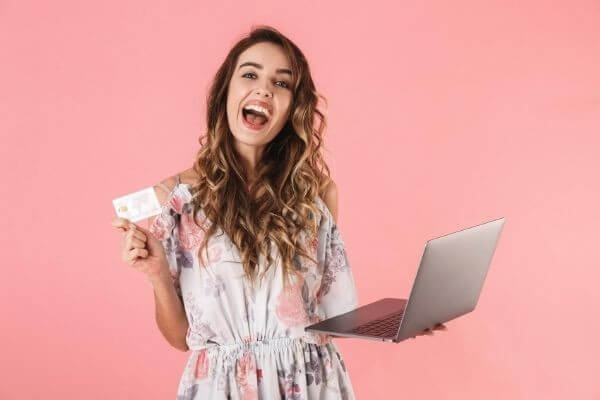 Do you like to shop? What if every time you went shopping, you got a chunk of your money back? Who wouldn't like to get paid for shopping, ... - Continue -