Whether you saw an ad for it on social media or heard one of those $750 Cash App radio ad, you may be wondering if the $750 Cash App Reward is legit or fake?

In this honest review, you’ll find out everything there is to know about it, including how to get your $750 free Cash App money using this promotion.

Cash App is a mobile payment service from Block, Inc. With it, users can send and receive money using a mobile app.

If you have read my Cash App review, you know it is an incredibly popular platform. In fact, by the end of 2022, almost $128 billion will transact via Cash App in the United States, and in 2025 that figure will surpass the $200 billion mark.

If you use Cash App, you may be interested in the $750 Cash App reward that’s been appearing online.

Is it real or fake? Can you actually get $750 in free money to your Cash App account? Well, that’s what today’s post is all about. Below, I’ll cover what the reward is, how to get it, and whether it’s legit.

The $750 Cash App reward is an offer from Flash Rewards (review). To get the reward, you will need to complete a set number of Deals within a specified timeframe.

You will need to complete 20 Deals to claim the $750 reward. The offer includes Levels, and you must complete a set number of Deals at each Level in order to get the reward. Each Level requires more effort from you than the previous one. There are different types of Deals that you can complete at each Level.

This $750 reward is not actually offered by Cash App itself, meaning you won’t find anything about it on the company’s official website. Instead, this is an offer from a third-party – in this case Flash Rewards.

Just as a quick note, this $750 Cash App reward is offered by a few different places online, but the main place it’s offered is Flash Rewards.

Flash Rewards actually offers a lot of rewards like this, such as the $750 Shein gift card that I wrote about recently, and a $750 PayPal reward.

I’ll cover how the $750 Cash App reward works in more detail below and whether it is real or fake.

Here are the steps you’ll need to complete to get the reward from Flash Rewards.

First, you’ll need to visit the Flash Rewards website to register. You must be 18 years old and a resident of the United States to join the platform. Also, you must provide accurate and complete registration information.

It’s free to sign up to Flash Rewards, and you will just need to enter some basic information to sign up.

You can also take an optional survey and view optional offers from Flash Rewards’ partners. Optional offers are ads from the site’s partners that you may see on the site before you reach the Deal pages.

After signing up to Flash Rewards, you will need to complete a set number of Deals to redeem a reward.

You can choose to complete fewer Deals to claim a lower value reward and more Deals to earn a higher value reward. Flash Rewards actually offers rewards as high as $1,000.

To get the $750 Cash App reward, you will need to complete Deals. Each level requires you to complete a set number of Deals in order to earn a specific reward amount and progress to the next level.

According to Flash Rewards, you can typically complete all of the required sponsored Deals within 5 to 7 days, but some may take up to 60 days to complete.

If you want to track the progress of your reward, you can sign up for SMS alerts to keep you up to date on your Reward status and Deal credits.

What are the Deals?

The Deals you will need to complete to get the Cash App reward vary.

Once you have completed the required number of Deals, you’ll be able to claim your reward.

To get started, click on the “Claim Reward” button and the website will guide you through the claims process, which requires ID verification. You will need to start this process within 10 days of completing the required number and categories of Deals, and you must complete it within 30 days.

It generally takes the Flash Rewards customer service team 5 to 7 days to verify and deliver your reward.

Cash App itself is not giving away free cash. However, Flash Rewards does technically offer a $750 Cash App reward. It’s not easy to get this reward though. It requires you to complete a lot of Deals, many of which you have to pay for. Also, many users complain that Deals they completed weren’t credited. You also have to undergo ID verification which can raise privacy concerns.

Some people say that the reward is fake or a scam, and others say that rewards from Flash Rewards are indeed real, they just require a lot of effort to actually obtain.

Below, I’ve included a few comments from users about Flash Rewards. These comments are from Trustpilot and this Reddit thread.

Flash Rewards is claiming to offer a $750 Cash App reward, but is the company legit?

The company has 3.9 stars on Trustpilot, which is a rating of “Great.” So, that’s pretty good. However, while there are some good reviews of Flash Rewards, there are a lot of negatives reviews. Users complain about…

A lot of users report issues with getting paid. That’s concerning. When you see a lot of people complaining about not getting paid, it can suggest a real problem with the company.

Before you get any rewards from Flash Rewards, you have to complete anywhere from 2 to 25 Deals. And many of these Deals require you to make a payment in order to complete them. For example, you may have to pay to subscribe to a service, and with some of the subscription Deals, they’re only achievable if you don’t quick cancel, or sign up just to opt out a short time after. If you forget to cancel your subscriptions after you have the reward, then you may be charged.

So, getting a reward from Flash Rewards, whether it’s the Cash App reward or the Shein gift card, isn’t as simple as just doing some free tasks like taking surveys or watching videos as you would on a website like Swagbucks or Qmee.

Basically, just to get the Cash App reward, you may have to pay for goods and services that you didn’t really want or need to begin with.

One of the other issues is that for a lot of the Deals, you have to give away information about yourself to the company. This does, of course, bring up some privacy concerns.

From that, it seems as though the company may share your information, and even sell it too.

Another privacy concern and security concern is the ID verification process that users have to complete in order to get their reward.

Now, uploading a photo of yourself isn’t too big of a deal, but if you have to upload a photo of your driver’s license or home address, this could potentially open you up to a number of security issues, such as identity theft.

Overall, I think that there are better options out there for earning free money to your Cash App account. I’ll cover some of these in the section below.

Other Ways to Get Free Cash App Money

With the websites below, you can complete tasks when you want to and get real cash to your Cash App account. Simply follow these 5 simple steps:

Here are the sites you can use for free Cash App money.

Swagbucks pays you for doing lots of different tasks, such as taking surveys, watching videos, playing games, and browsing the internet. And, you don’t have to pay to do these tasks. Swagbucks does have some paid offers, but most of the ways to make money don’t cost you a cent. Have your earnings sent to your PayPal account.

QuickRewards pays you for doing tasks, like reading emails, playing games, and taking surveys. And, you can withdraw your earnings with as little as 1 cent in your account. Get your earnings sent to your PayPal account.

InboxDollars (review) pays you for tasks, like playing games, reading emails, and taking surveys. This is a legit site that’s well-reviewed by users on sites like Trustpilot. Have your earnings sent to your PayPal account.

Qmee pays you for doing easy online tasks, such as taking surveys, searching the internet, and playing games. The site has no minimum cash out amount. Have your money sent to your PayPal account.

While the $750 Cash App reward may seem like a great deal, it requires a lot of effort to actually obtain. You can give this one a try, but I don’t think it’s worth it. It’s more effective timewise and moneywise to try the other sites I mentioned above. With those sites like Swagbucks and Qmee, you can complete a few tasks when you want and earn money. You don’t need to pay anything upfront or complete a set number of Deals to earn.

Since the $750 reward requires you to complete 20 deals, you have to pay to complete many Deals, and sometimes completion of those Deals doesn’t log correctly, it’s simply not worth it. 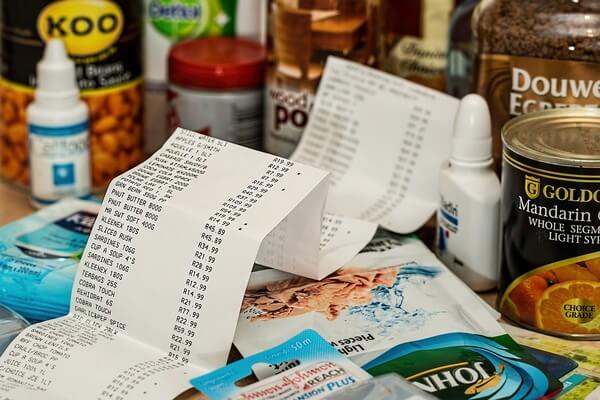 Wouldn’t it be great if you could make money back each time you go shopping? Yes, basically getting paid to shop! Well, an app called Receipt ... - Continue - 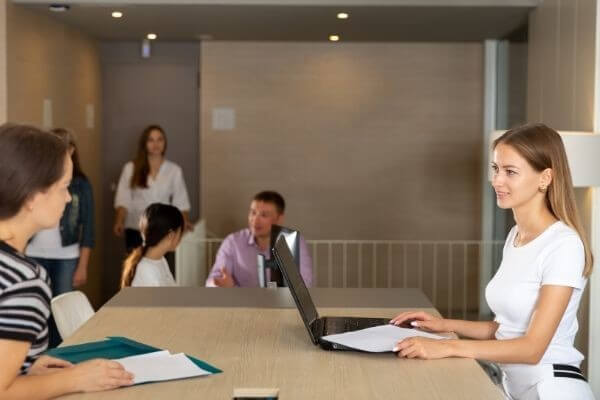 Getting a job right now is a difficult task, especially when so many businesses are closed. According to a July 2020 survey by The U.S. Chamber of ... - Continue -

If you are looking for an easy way to earn some extra cash without getting a second job or changing your normal routine, look no further than your ... - Continue -