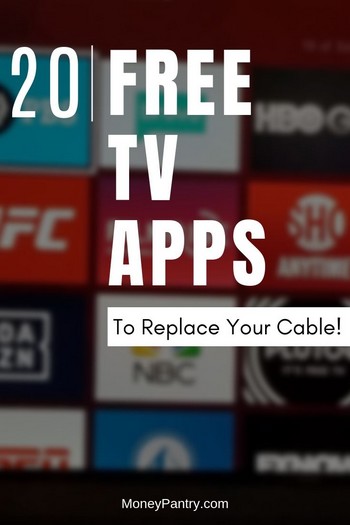 In this post, we’ll list the top free TV apps that will let you stream your entertainment for free.

Thanks to so many apps and cable TV alternatives, a lot of TV viewers can cut the cord.

Why pay for Netflix when you can find free stuff just a click away?

The best part is that you can watch your favorite shows on almost any device. Whether you like to watch it on your Apple or Android phone, laptop, PC, tablet or the good old TV set!

With these television apps, you can cut the cord but still enjoy the same content.

Available on: iOS and Android

This app has over 100 live channels and 1000s of movies on demand. Many of their channels are popular ones you find on TV as well as a few original ones they’ve created like Food TV, Anime All Day, and Pro Wrestling Channel.

There are no fees, subscriptions, or credit cards needed.

A few channels you can find are:

By the way, if you are a football fan, you’ll be happy to know that the NFL and Pluto TV have launched the NFL channel “celebrating the NFL’s iconic and classic moments spanning over a decade of past seasons.” Unfortunately, you can’t stream NFL for free.

Stream free movies, TV shows, and exclusive series on your device with Crackle.

This app is owned by Sony so you can get all your favorite Sony movies like:

There are also exclusive shows created for the app such as:

This app has thousands of movies and TV shows for free. It’s completely legal and requires no subscriptions or credit cards. The app does have ads, but claims to actually have less than what you’d normally experience with cable.

You can find content from students such as Paramount, Lionsgate, and MGM.

They also have unique categories like “Not on Netflix” and “Highly Rated on Rotten Tomatoes” so you don’t end up seeing the same results you always find.

Watch live, local TV news for free. This app has over two hundred local news stations across the United States. You can watch live news, previous newscasts from the last 48 hours, and local news clips. You can set favorites so it’s easy to quickly access the channels you want.

No cable subscription or login required.

PBS is the number one source for high-quality educational media for kids and now you can access all of their kids content on their handy app. Stream the PBS Kids channel any time, anywhere, completely free.

Are you a fan of boxing, wrestling, and MMA fighting? Check out this fun streaming app to fulfill all your entertainment needs. Fite live streams:

Don’t want to watch it on your tiny phone screen? No problem.

Open up the app and it can cast to your television if you have a:

If you enjoy watching esports, video game commentary, and art creation, you will probably enjoy Twitch. This app lets you watch live streams created by people just like you who have a passion for entertaining their audience.

The top features of Twitch are:

Hotstar is the biggest streaming app in India now, with literally thousands of movies, dramas, and sports events. Most content is available in 17 different languages, so people from other countries can enjoy it too.

There are premium subscription plans available but you can still access a lot of content for free.

Want to watch free movies and shows on your tablet or phone? This completely legal service will give you that with no subscriptions required. They add content every week so you’ll never get bored.

You can find movies in genres such as:

As the title suggests, this app lets you snag over 5,000 movies, shows, and documentaries completely free.

For kids there are:

For those interested in foreign films you can find:

While this app is free, you do still need to get a Roku device to stream. However, this is a one time cost that is much cheaper than cable so it’s still worth mentioning. On Roku you can stream movies, shows, and more.

You can also cast videos, photos, and music straight to your TV by using the app.

Are you a fan of ABC shows?

Check out all the latest episodes of shows like:

Once you install the app, you can stream:

You can also set up notifications for the latest premieres of whatever shows you watch from CW.

Watch all your favorite FOX shows live or on-demand, including The Masked Singer, Empire, The Resident, Gotham, and The Orville.

You can also watch live sports broadcasts. Many episodes are available live when they premiere so you don’t have to wait to watch them.

NBC has tons of hit shows you don’t want to miss out on, and thankfully with their app, you don’t have too! You can watch series across the NBC network, including Bravo, E!, Oxygen, Syfy, USA, and more.

Plus you can get hundreds of episodes of classic shows no longer aired on TV.

PBS has more than just the kids’ app we listed earlier. Adults can enjoy their videos, documentaries, and shorts on the go from the regular PBS app.

Features of the app include:

This unique app is used by libraries across the country to let you borrow free digital movies, books, music, and more whenever you want. All you need is a library card which can be obtained for free from your local library.

You don’t need to worry about returning items or getting a late fee.

You don’t have to pay for the thousands of free movies available on this app. Stream your favorite titles straight from your phone or tablet. No subscriptions or credit cards needed.

This app gets you the latest news happening around the globe but it can also be used for entertainment purposes.

Download this app to get access to over 160 channels of content. You can find thousands of movies, news networks, shows, sports events, and family-friendly programming for your kids.

After reading this article, you should have access to thousands of hours of entertainment. These free streaming TV apps can easily replace cable television for free and are accessible anywhere when you are on the go. That’s even better than cable!

Are there any apps you like to use to stream media? Have you used any of the ones we listed above? Let us and our readers know about any other free TV apps you use and your experience with them in the comments below. 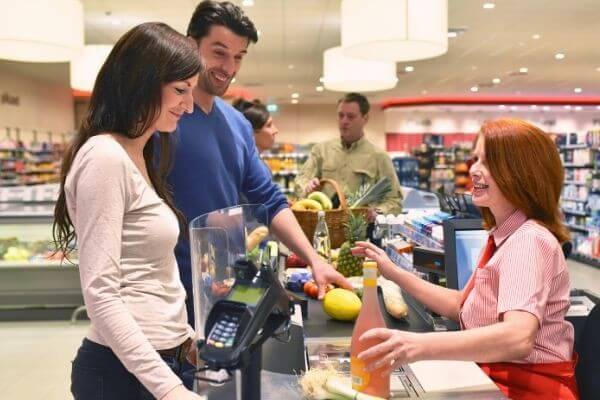 Update: Unfortunately Pei App has shut down! What if every time you spent money, you could get cashback? In this Pei app review, I’ll be showing ... - Continue - 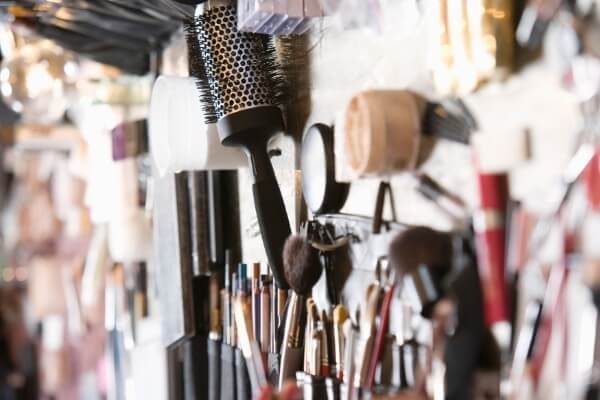 Is Get It Free legit? That’s the question a lot of people have about one of the oldest websites to get free stuff on. The website claims to send ... - Continue - 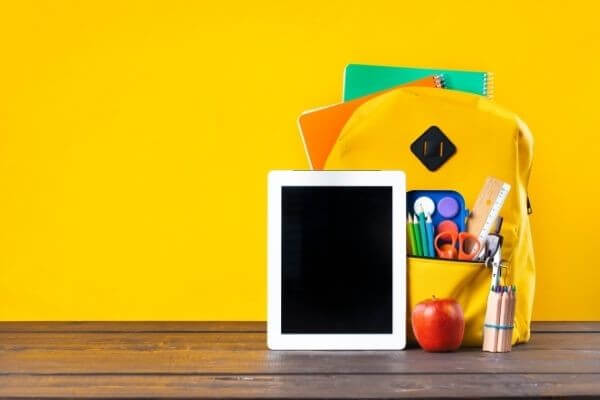 Looking for free school supplies? Whether you’re a parent looking for supplies for your children, a teacher looking to stock up on stuff for the ... - Continue -