Steam is the “Ultimate Online Game Platform” by Valve Software. You can have fun playing tons of games on the platform. Not to mention, you can make money on Steam!

Now, I know that you probably have your favorites that you play all the time, but if you want to add some new games to your library, then finding the money to pay for them can be tough.

Fortunately, there are actually a lot of games on Steam that are totally free to play. Yes, these games are highly rated and don’t cost you anything.

By the way, you can also get ANY Steam game for free via Wallet Codes. Read our post on how to get free Steam Wallet codes to learn more.

In today’s post, I’ll cover the top 10 best free to play games on Steam. These games are super popular with thousands of reviews from gamers and have high ratings. I’ve included the Steam rating for each game so you can get a better idea of how gamers view each title.

If you want to try out some new games but don’t want to spend any money, you should definitely give these games a try:

Here are the top single and multiplayer games available on Steam that you can play for free.

World of Warships is a super popular and well-reviewed free Steam game. It’s an MMO action game where you can experience naval combat when you helm one of more than 350 historic vessels.

The game offers a balance of strategy and real-time combat that makes it an awesome game overall.  You can play solo or bring friends.

Next on the list we have another game that’s super well-reviewed on Steam and that’s Star Wars: The Old Republic. Enjoy playing as a Jedi, Sith, Bounty Hunter, or one of the many Star Wars characters in this free-to-play MMORPG.

The game puts you in the center of your own story-driven saga in the galaxy, far, far away more than 3,000 years before the classic films. You can be the hero of your own adventure and choose your path down the Light or Dark Side of the Force.

For anyone who loves Star Wars and enjoys MMORPGs, Star Wars: The Old Republic is an awesome game.

The game, which is one of the most highly-rated free games of all time, offers nine distinct classes that provide a broad range of tactical abilities and personalities that lend themselves to a range of player skills.

For anyone who loves action games and shooters, this is an awesome choice because there are always free updates, like new game modes, maps, and equipment, that keep the game fresh and exciting. You can even make a character your own thanks to the hundreds of weapons, hats, and more that you can collect, craft, buy, and trade.

New players can pick up the game easily too, thanks to the detailed training and offline practice modes that the game offers.

With this free game, you can enjoy battles on land, in the air, and at sea!  In the game, aircraft, attack helicopters, ground forces, and naval ships collaborate in realistic, competitive battles. And, you can choose from more than 1,900 vehicles and a huge variety of combat situations. You can blast pursuers from a bomber turret, shoot down enemy planes, sink an enemy warship and more.

What’s great about the game is that it allows you to fight millions of players from all around the world. It offers lots of updates too, making it a fun game to play!

If you enjoy medieval games, then Conqueror’s Blade is the game for you. This free Steam game allows you to engage in medieval warfare. It’s a tactical action MMO that allows you to become a warlord, raise an army, and siege and slay your way to victory. You can participate in epic, large-scale online battles.

With a ton of updates, it’s unlikely you’ll get bored with the game. You can do everything from sending your units to secure land and power, to forging or forsaking alliances with rival warlords. For fans of medieval warfare, Conqueror’s Blade is an awesome game.

Brawlhalla is a fighting game where you can play free-for-alls, ranked matches, or invite friends to a private room.

It’s a free-to-play cross-platform game that features characters from a ton of different franchises like the Teenage Mutant Ninja Turtles and The Walking Dead.

The game supports up to 8 local or online players. There are a ton of games modes which always keeps games exciting.

Dota 2 is a multiplayer online battle arena game that’s a sequel to Defense of the Ancients – which was a community-created mod for Blizzard Entertainment’s Warcraft III: Reign of Chaos. Now, the game is one of the most popular on Steam and it’s really well-rated too.

With the game, you can enter battle as one of more than a hundred Dota heroes. Because the game gets regular updates, there’s always new gameplay, heroes, and features to be discovered.

Next on the list we have Path of Exile. In this game, you are an Exile struggling to survive on the dark continent of Wraeclast – and you need to earn power in order to get vengeance on those who wronged you.

With the game, you can choose from a variety of different characters to play as, like the Duelist, Witch, Ranger, Templar, Marauder, Shadow or the Scion class.

Apex Legends is a hero shooter game that’s free to play. With the game, you can play a variety of characters who all have their own powerful abilities.

You team up with other players to form squads and battle against other squads. Overall, it’s a fun game with lots of different characters and weapons to keep things interesting.

Finally, we have one of the most popular games on Steam, and that’s Counter-Strike: Global Offensive (CS: GO) This first-person shooter game features tons of maps, characters, weapons, and game modes that always keep the game interesting to play.

It’s got a huge following, has been nominated for a ton of awards, and many people play it in competitive gaming tournaments and it’s now one of the largest global esports.

What’s great about Steam is that it has so many free games that you can play. And, these aren’t obscure games that no one’s ever heard of or that don’t have a lot of reviews or ratings.

No, these are quality games that are super popular and have great a lot of great reviews and ratings. If you are looking for the best free Steam games, make sure you check out the games on our list. Feel free to share your favorite free Steam games with us in the comments section below.

Everyone wants to know how to get free V-Bucks in Fortnite! I mean, why wouldn’t you want free V-Bucks, right? They’re the virtual currency of ... - Continue -

Ordering groceries online can be a whole lot easier than heading out to the store. That’s why more and more people are opting for it. One of the most ... - Continue - 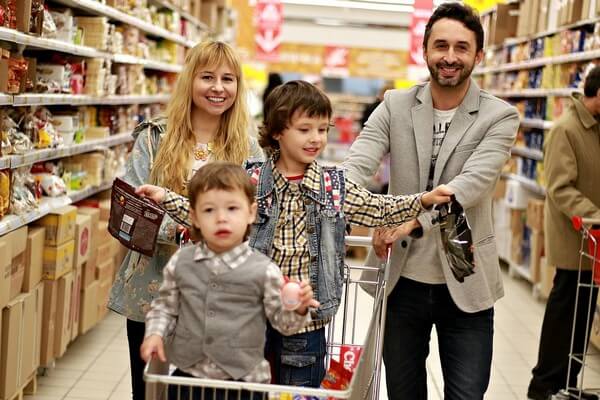 I love The Krazy Coupon Lady! Here at Money Pantry, you’ll find posts on everything from the best sites to find coupons and using apps to save ... - Continue -