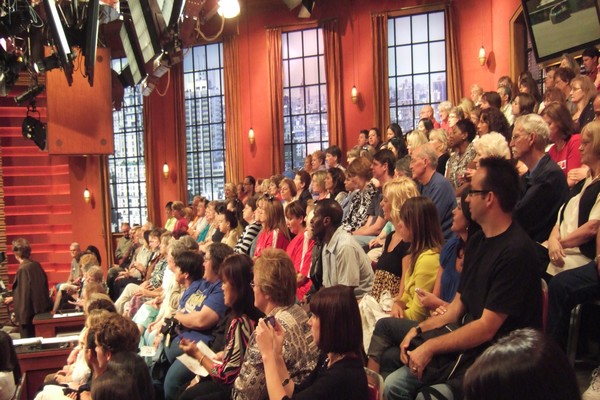 I have shared many ways to make money related to TV before, like getting paid to watch TV.

Today we are going to talk about how you can earn money on the other end of the spectrum–instead of watching TV, you will get paid to be watched!

We are talking about becoming a paid audience member of course.

While sometimes audiences get their sitting place as a genuine invitation or reward of some kind, most of the seats are filled by paid people.

You can be one of them.

Anyone can work as a member of the audience, as long as you fit with the producer requirements for that particular show.

From children to seniors, anyone can have the chance to work as part of an audience on a TV stage.

The Job of an Audience Member

Many TV shows, whether live or taped, need an actual audience on stage.

The audience may be required to act naturally or to applaud or cheer on a cue.

It is not about acting, and no special skill is required but to look according to the producers needs, that is, belonging to a determinate age, gender, or ethnicity, depending on the type of audience they’re trying to build. One show will require young people, another a mix of old, mature and young, another just a female audience of all ages, and so on.

Since the idea is to reproduce an average audience, you’ll probably be asked to wear your own clothes. You may be given a few guidelines about the colors preferred or whatever other details the producer consider will make the audience look better or more appropriate.

You are not supposed to buy any kind of clothes or accessories but just to dress with what you already have.

How Much Audience Members Get Paid?

There’re low budget TV productions and there are other high budget shows that spend good money to make everything perfect.

You can be paid by the hour or with a fixed price.

Some shows, like The People’s Court may pay up to $70 for just sitting as part of the courtroom public.

Other shows may pay less, based on that they may offer some other kind of goodies in return, such as the cooking shows where the audience or part of it also is treated with some of the food prepared. The Beat Bobby Flay Competition, for instance, pays every person $54 a day.

Many shows are taped in several days and not just one, which means that one hire will bring you as many day pay as the taping lasts.

On the other side, some shows are taped several times during the same day and not all of them will pay for each taping but for one, no matter how many times it’s repeated.

Usually, you’re paid in cash at the end of the work, whether it’s performed during just one day or several.

You may save on transportation if the show is taped out-of-town.

It’s very common for shows to have audience members to meet in one point where they can be driven in a bus to the studio. The same bus will bring you back later to the same meeting point.

Very often, you’ll be fed. Depending on the hour, you can get a late breakfast, or a quick lunch with soft drinks and sandwiches. Coffee, pizza may also come to the table, depending on the producer’s whim or budget.

Occasionally, national shows or parts of them, might be taped anywhere in the country, so you may find an opportunity near your city or town, besides the shows in local stations that need a sitting-audience.

However, the greatest opportunities are found there where the most important TV studios are located and where national shows are produced:

Living close to those areas will dramatically increase your chances for being hired and, if lucky, become a regular at this job.

Some of these most reputed companies are:

These companies will ask you to fill a profile that describes you.

According to their openings, they’ll offer you several types of opportunities, such as trading a ticket to the show as the sole pay for your attendance, particularly to those much sought after such as MTV Catfish Aftershow or Bridezilla’s Reunion Aftershow, or pay you an hourly rate or a lump sum to be part of the audience-sitting.

You may find audience casting calls also on Craigslist and, sometimes, on Mandy.com.

Perhaps the bets part of becoming a paid audience member, beside the pay, is that you get to see how things work first hand.

And if you are an aspiring actor or actress, this can be a valuable asset. Not to mention, you will also get to meet movers and shakers in the industry that could very well help you achieve your dream of becoming an actor or actress.

And even if a movie/TV career isn’t on your radar–you just want to make some extra cash on the side–this could be an awesome gig. I mean, what’s better than being paid to sit in the audience watching your favorite shows being made live in front of you. And you get to be on TV! 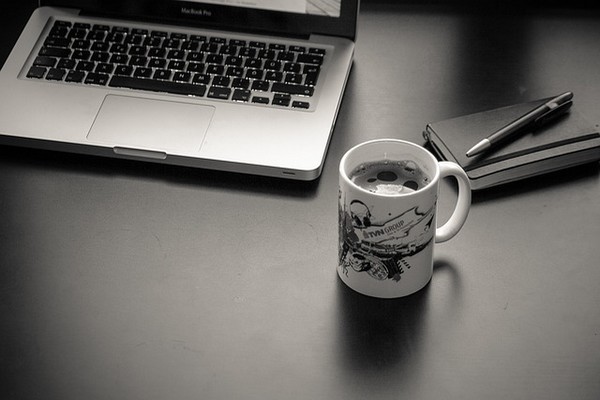 "I want to work from home. What Can I do?" There is actually a bunch of ways you can make money at home. You could start your own home based ... - Continue -

Before we get to the list of current Cash App Free Money Codes and what they actually are, let me quickly explain what Cash App is for those who are ... - Continue - 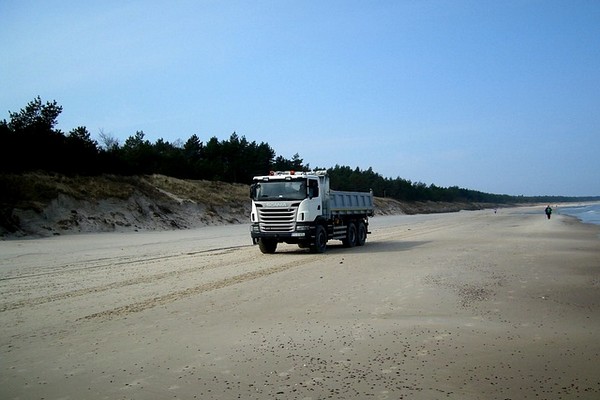 If the recent boom in the construction sector attracts you, it may not be a bad idea to invest in a dump truck to make some money. ... - Continue -